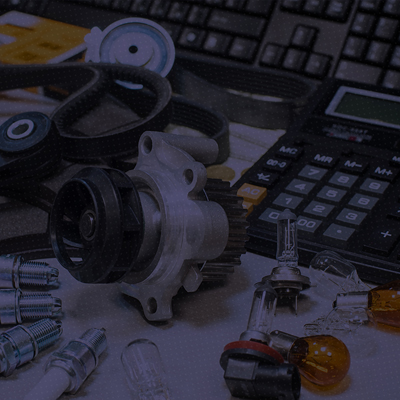 The Westinghouse decision examined the classification of ‘relays’ meant for use as part of Railway signalling systems. The Revenue disputed the assessee’s classification of the relays under Chapter Heading 8608 of the Central Excise Tariff Act, 1985 (‘Tariff Act’) and sought to re-classify them under sub-heading 8536.90. The Calcutta Bench of the CESTAT agreed with the Revenue to rule that relays were classifiable under sub-heading 8536.90.

The Apex Court applied the ‘principal use test’ embodied in Note 3 to Chapter XVII of the Tariff Act and held that the relays were more appropriately classifiable under CH 8608 in this specific case as they were manufactured and supplied to the Railways solely for use as part of railway signalling equipment.

The Supreme Court disagreed with the Revenue’s classification of relays under CH 8536 in view of the settled principle that Rule 3(a) of the General Rules For Interpretation of this Schedule (‘Interpretative Rules’) in the First Schedule to the Tariff Act are invokable only when goods are classifiable under two or more Headings (either by application of Rule 2(b) of the Interpretative Rules or for any other reason). The Supreme Court also rejected the Revenue‘s plea that relays were excluded from CH 8608 per Note 2(f) in Section XVII of the Tariff Act by finding that Note 2(f) excluded only goods that were independently capable of being marketed as electrical equipment (for use other than as railway signalling equipment) and did not affect goods which were suitable for use principally with railway signalling equipment.

The Instruction: Import and impact

Emphasizing that classification of goods under Section XVII is a complex issue, the Instruction drew attention to prior decisions of the Apex Court where Note 2(f) was preferred over the ‘principal use test’ in Note 3 which had not been considered in the Westinghouse decision to indicate an apparent dissonance vis-à-vis classification of other parts of goods falling under Section XVII of the Tariff Act.

Responding to trade representations regarding classification of ‘automobile parts’ under CH 8608, the Instruction clarified that the Westinghouse decision was highly specific as it classified relays used in railway signalling systems under CH 8608 and did not extend to goods falling under CH 87 or to any other case of a similar nature. The Instruction adverted to the valuable opinion of the Ld. Additional Solicitor General of India and advised field formations to factor in aspects such as the operative facts, HS Explanatory Notes[2], Section and Chapter Notes while classifying products for assessment. The Instruction also made passing mention to a Review Petition filed by the Revenue against the Westinghouse decision.

The decisions cited in the Instruction are stated to rank the exclusions in Note 2 above the ‘principal use’ test. The authors analyse the decisions quoted to assess the situation.

Do the HSN explanatory notes impact the stance adopted in Westinghouse Saxby?

Relays find specific mention in Heading 8536 and are also implicated under Heading 8608 as mechanical/electro-mechanical signalling for Railways and Note 2(f) to Section XVII of the Tariff Act excludes electrical machinery/equipment of CH 85. Suffice it to say, there is plenty of wiggle-room for deciding where relays must be classified. On the one hand, the HSN Explanatory Note 7(e) to Part III in Section XVII lists ‘electrical signalling apparatus in trains’ as an example of electrical apparatus in CH 85 excluded by Note 2(f) to Section XVII of the Tariff Act. At the same time, the HS Explanatory Note 3 to Part III in Section XVIII lays out the ‘principal use’ test and when it would be triggered, clearly stating that when a part or accessory can fall in one or more other Sections as well as in Section XVII, its final classification is determined by its principal use.

It is clear from the above abstract that the decisions quoted in the Instruction were rendered in highly specific, factual scenarios. The Westinghouse decision effected a balance between the larger objective of ‘group classification’ in the context of ‘principal use’ against the specific exclusions in Note 2(f) of Section XVII of the Tariff Act. The Instruction’s advice that all classification matters must countenance a holistic of all relevant aspects starting from HSN explanatory notes to the section and chapter notes is beyond reproach.