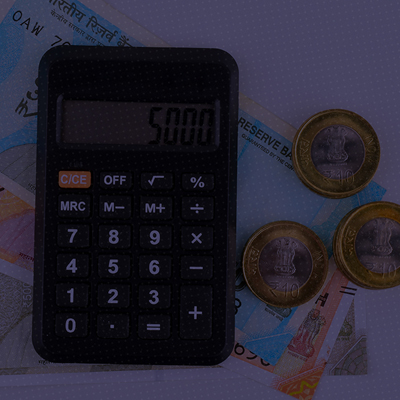 Valuation under GST – When price is not the sole consideration for a supply?

Business dynamics requires a company to adopt various models of transactions. The nature and manner of executing such transactions is decided by them considering many business factors.

For example, a principal provides inputs to the job worker for carrying out any process on such inputs. In this transaction, the waste and scrap resulted during such process may not be taken back by such principal considering the costs to be incurred for transporting and clearing of such waste and scrap rather than the benefits i.e., realizable value of such sale and scrap. A company launching a new product might launch it at a lesser price to penetrate the market.

In case of such business transactions, a bigger question which can arise is valuation of such supplies for payment of Goods and Services Tax (GST). To elaborate, though a price is quoted for a supply under a contract, the business factors involved in provision of such supply could have an impact on value of such supply. Hereby in this article, the authors would like to highlight certain inherent issues involved in valuation of a supply from the above perspective.

The Arthashastra by Kautilya recognized that tax must be paid on the basis of the actual price at which the articles are sold. It appears that the same principle is adopted under Section 15 of the Central Goods and Services Tax Act, 2017 (‘CGST Act’) which deals with determination of value of taxable supply. In terms of above section, GST is payable on transaction value. The specific inclusions (such as incidental expenses, interest, etc.) in value of supply as mentioned in Section 15(2) are merely break up of price payable for a supply and does not mean that only those inclusions alone can be part of value of a supply.

In this backdrop, it is always important to look whether monetary price agreed under a contract is sole consideration for a supply or the same is influenced by any other factors and whether any other payments, whether monetary or non-monetary, exists in relation to such supply. Thus, the taxpayers are required to understand what are the possible forms of monetary/ non-monetary considerations and when they form part of value of a supply. Here, the authors would like to highlight certain business scenarios by which the taxpayers can understand the above intricacies involved in valuation of supply.

First scenario is in respect of includability of donations (voluntary contribution) paid by the purchaser of goods in value of goods for payment of excise duty. The Supreme Court has decided this issue in the case of D.J.Malpani v. Commr. of C. Ex., Nashik[2] after considering the valuation provisions under the central excise law as per which value of goods include money value of any considerations following directly or indirectly from buyer to supplier. It was held that dharmada is not a consideration for sale of goods based on following observations:

Another scenario is in respect of ruling given by West Bengal Authority for Advance Ruling (‘AAR’) in the case of Kanahiya Realty Private Limited[4]. The Applicant was supplying goods such as gold coins, refrigerator etc. (i.e., promotional items) at nominal price to retailers against purchase of specified units of hosiery goods pursuant to a promotional scheme. It was held that such supplies do qualify as individual supplies and not as composite/ mixed supplies as separate considerations are charged by applicant. It was opined that promotional items would be supplied at nominal price only if retailers fulfil the criteria mentioned in the promotional scheme and thus, nominal price charged for supply of such items is not a sole consideration. It was held that that value of the said goods shall be required to be determined as per Section 15 read with Rule 27.

In authors view, there is no straight jacket formula to decide as to what factors would form part of value of a supply apart from the price agreed in contract. Therefore, it is pertinent to examine the entire transaction structure, factors considered while pricing a supply, payments made by any person in relation to supplies under contract, terms and conditions agreed in contract for supply etc. to determine whether they can qualify as consideration and form part of value of the supply.

Non-consideration of above points could lead to possible undervaluation of a supply and consequently, short payment of GST by supplier resulting in demand, interest and penal costs to such supplier. Further, wrong inclusion in value of supply could lead to excess payment of GST which will have an impact on the finance costs of company. The above issues could also impact the recipients of supplies where such recipients are not eligible to avail Input Tax Credit of GST charged by suppliers hence such GST would be a cost to the recipient.

Thus, there arises a need for the suppliers and recipients to conduct an in-depth scrutiny of transactions agreed by them under the contracts and correctly determine the value of supplies and structure their transactions accordingly in compliance with the GST provisions.

[The authors are Joint Partner and Principal Associate, respectively, in the GST Advisory team in Lakshmikumaran & Sridharan Attorneys, Hyderabad]