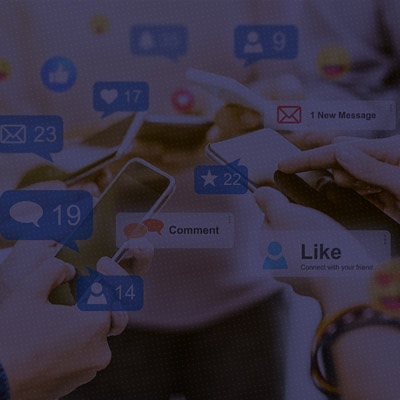 The world has been evolving rapidly day-by-day with new technologies. There is major development in social media and over-the-top (OTT) platforms. The large user base and popularity of Facebook, Twitter, Instagram and many other social media platforms prove that people at large are very innovative, and they can create an impact with their voice/text. It goes without saying that, over the years, social media has been playing a vital role in connecting people and building relations without any boundaries. During this process, misuse of social media by miscreants to spread fake news and for other illegal means, has also increased. Thereby, the unethical usage of such platforms has become an issue.

The said Rules find its predecessor in the Draft Information Technology (Intermediary Guidelines), 2018 (‘Draft Rules 2018’). Upon protests made by industry stakeholders and tech giants on the scope for abuse in the provisions of the said Draft Rules, they were directed to be re-worked upon.

The intent behind the IT Rules 2021 is touted to be three-fold being: (i) to ensure social media platforms abide by the Indian law and the Constitution of India, (ii) to ensure greater accountability of these platforms and to prevent misuse and abuse of them, and (iii) to provide an alternate and additional grievous redressal mechanism for the users of these platforms.

Basically, these IT Rules require social media platforms to follow ethics and to take down unlawful content within a specific time frame prescribed. These Rules will also come into effect on the day they are notified by the Central Government and made applicable to most of the entities.

Salient features of the Rules:

The Rules are divided into 3 Parts, with a Schedule and an Appendix. The salient features of which are listed below:

Definitions: Various new definitions, such as ‘digital media’, which means digitized content transmitted, stored, edited etc. through (i) an intermediary; or (ii) a publisher of news and current affairs content or a publisher of online curated content; ‘social media intermediary’, which means an intermediary that enables online interaction between two or more users and allows them to create, upload, share etc. information using its services; and ‘significant social media intermediary’, which are intermediaries having more than 50 lakh users, ‘Publisher’ of news and current affairs content or online curated content, etc. amongst other defined terms have been introduced via the Rules.

Grievance Redressal by Intermediaries: A grievance redressal mechanism, involving appointment of a Grievance Officer responsible for handling all complaints/ grievances received in lieu of such intermediary by its users, a Chief Compliance Officer for ensuring compliance under the Rules, and a nodal contact person for 24x7 co-ordination with law enforcement agencies is to be implemented by the intermediaries. These three personnel should be residents of India to deal with the grievances of the users.

Significant Social Media/ Messaging Intermediaries: Significant Social Media Intermediaries, providing services primarily of messaging, also need to enable identification of the ‘first originator’ of the information that has been transferred using their platform, for the purposes of prevention, detection, investigation etc. of an offence related to sovereignty and integrity of India, the security of the State, friendly relations with foreign states, or public order or of incitement to an offence relating to the above or in relation with rape, sexually explicit material or child sexual abuse material punishable with imprisonment for a term of not less than five years.

Code of Ethics in relation to Digital Media: Publishers operating in India or those making their content available in India, are required to follow additional obligations, as outlined in the Appendix to the Rules. The Part–III compliances are to be regulated by the Ministry of Information and Broadcasting (‘MIB’).

Grievance Redressal Mechanism by Publishers: A three-level grievance redressal mechanism has been established under the Rules with different levels of self-regulation:

(a) Level-I: Self-regulation by the publishers, which is similar to the erstwhile system of grievance redressal, being that if a complaint/ grievance is raised by any user, it must be acknowledged within 24 hours and be addressed by the publisher internally within 15 days of receipt of the complaint,

(b) Level-II: Self-regulation by the self-regulating bodies of publishers, which shall address the complaint, upon failure of Level – I process, and dispose the same within 15 days of receiving notice, and

(c) Level-III: Oversight mechanism, which is required to be developed by MIB, by establishing an Inter-Departmental Committee, chaired by an Authorised Officer, for addressing grievances on failure of Level–II process.

The Schedule consisting of 2 Parts (General Guidelines for Classification of Films and Entertainment Programs and Issue Related Guidelines), focuses on extra disclaimers or content descriptors to be adopted by all intermediaries and publishers.

The Appendix mandates following the Norms of Journalistic Conduct of the Press Council of India under the Press Council Act, 1978; and the Programme Code, under section 5 of the Cable Television Networks Regulation) Act, 1995, etc., and classifying all content as per the target audience’s age, genre of the content inter alia, taking into consideration consumer advice for the same, amongst other conditions.

Shortcomings of the Rules:

As with all new legislations intending to stray an unconventional path, there is a multitude of lapses with the IT Rules 2021. Some of the prima facie concerns regarding the Rules are as follows:

Compliance requirements overload for intermediaries and publishers: A bare perusal of the due diligence requirements under the IT Rules 2021 would reveal an increase in paperwork and compliance tracking by all entities in media, including appointing additional personnel, developing high-tech software for detecting content that contravenes the Rules, and publicising heavily the nature of the content, whether sponsored/ verified/ original or duplicitous content, etc. thereby, incurring heavy expenditure. It may also result in confidential business decisions of an entity being exposed to the public and affecting competition amongst players.

This is in addition to ensuring all complaints/ grievances, no matter whether of serious nature, or malafide and frivolous, be acknowledged, addressed, and dealt with in a short period of time (15 days from receipt thereof), ensuring significant social media intermediaries implement the due diligence norms within 3 months of notification of the threshold for being identified as a ‘significant social media intermediary’ and submitting month-to-month compliance reports by all entities, which is a huge cause for concern.

However, in the name of sovereignty and integrity of India, these intermediaries shall now be required to break the encryption and identify users who are the ‘first originator’ of information. This could result in lowering of privacy safeguards with regard to the messages transmitted on the sites, increase in surveillance, thereby rendering these platforms ineffective.

In 2018, in the proceedings related to Antony Clement Rubin v. Union of India & Ors., Writ Petition No. 20774 of 2018, before the Madras High Court, the notion of tracing messages exchanged through WhatsApp, Facebook, etc., which use end-to-end encryption by default, to identify first originators, was first raised. The matter of whether traceability of originators is technologically feasible is currently sub-judice before the Apex Court of India. During such pendency, the Government via the IT Rules 2021 seems to have prematurely put an end to such issue.

Scope for abuse of the Rules by statutory authorities: When it comes to publishers, there are multiple criteria given under the Schedule, with regard to age, cultural backgrounds, nature of the content (including whether it has sexual content/ discriminatory content/ related to alcohol etc. all of which terms are extremely broad), thereby, it invites the users and the authorities to proceed against any publisher and dole out punishments ranging from warning publishers to directing for deletion of content altogether.

Thus, the power to censor any content is handed over directly to these authorities, leading to much litigation in the future by publishers to protect the integrity of their content.

It may also be borne in mind the powers of the Authorized Officer under the Rules to request for interim emergency measures of either blocking specific information/ blocking access to a publisher altogether, under the Rules, if the same is necessary to ensure public order. Unless there is a high threshold for activating these powers, the publishers shall be shuttling back and forth to MIB every time a complaint is instituted of an alleged serious nature.

There is no penalty under the Rules for malicious and frivolous complaints, however, placing the publishers and intermediaries at the receiving end of the consequences under the Rules.

In-principle, the Central Government has attempted to balance the intent behind the introduction of the Rules, being protection from the spread of fake, derogatory and incendiary content, with the risk of clamping down on free speech and creativity by laying down strict criteria before content restriction/ censoring.

However, in light of the aforesaid gaps in the law, there is heavy scope for abuse and the balance of convenience is not in favour of the intermediaries and the publishers, not to mention privacy concerns arising from the provisions of the Rules against the letter and spirit of the judgment of the Supreme Court of India in Justice Puttaswamy (Retd.) and Anr. v. Union of India and Ors., (2018) 1 SCC 809. As a matter of fact, a notice was issued recently by the State Government of Manipur to a talk show, supposedly under the IT Rules 2021, which action was condemned by the Ministry of Information and Broadcasting stating that the State Governments do not have such powers. Such instances are reasonably foreseeable if a legislation of such wide ambit is introduced without any consequences of misuse by either the users of platforms or the Governments themselves.

In this backdrop, it is desirable that necessary precautions are taken while implementing the IT Rules 2021. The thresholds for ordering penal consequences while handling complaints filed by users may also be raised. The authorities may bear in mind the mindset of the demographic of the country and weigh the grievance caused against the possible damage to be caused by restricting/ deleting/ blocking content and social media platforms.

[The authors are Joint Partner and Associate in the Corporate and M&A practice at Lakshmikumaran & Sridharan Attorneys, Hyderabad]