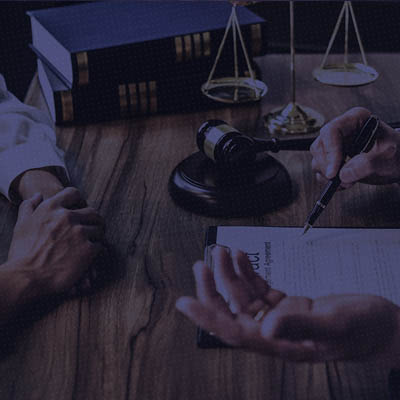 Status of registration for arbitration under MSME Act, 2006

Micro, Small and Medium Enterprises (‘MSMEs’) are considered as the engine of economic growth. With the object of facilitating promotion, development and enhancing the competitiveness of MSMEs, the Indian Parliament enacted The Micro Small and Medium Enterprises Development Act (‘Act’) in 2006. One of the key provisions of the Act is that it provides a forum and mechanism for speedy recovery of delayed payments to micro and small enterprises.

According to Chapter V of the Act, whenever any supplier, being a micro or small enterprise, supplies any goods and / or renders any services to any buyer, the buyer shall make payment on or before the agreed date which shall not be more than 45 days of acceptance. If the buyer fails to make such payments as agreed, then the buyer shall be liable to pay compound interest on monthly basis at three times the bank rates notified by the Reserve Bank. If any dispute arises with regard to any amount due and payable to the supplier, it can be settled by making a reference to the Micro and Small Enterprises Facilitation Council (‘Facilitation Council’) established under the Act.

Section 2(n) defines the term ‘supplier’ as a micro or small enterprise, which has filed a memorandum with the authority specified by the State Government and includes the National Small Industries Corporation, the Small Industries Development Corporation of a State or Union Territory, and any Company, Co-Operative Society, Trust or a Body, which is engaged in selling goods or rendering services produced by micro or small enterprises.

However, the Act does not specify whether registration under Section 8 of the Act is mandatory in order to avail the remedy of making a reference to the Facilitation Council. This issue has arisen from time to time and various High Courts have had the occasion to adjudicate the same.

The Allahabad High Court, in Hameed Leather Finishers v. Associated Chemical[1], held that registration of a supplier as a micro / small enterprise is not relevant for initiating proceedings before the Facilitation Council. The Court held that the definition of a supplier under Section 2(n) uses the term ‘includes’ which clearly shows that the definition is inclusive and the legislature intended to enlarge the meaning of the term ‘supplier’. In the case of Indur District Cooperative Marketing Society Ltd. v. Microplex (India), Hyderabad and Ors.[2], the Andhra Pradesh High Court made similar observations and held that the registration of the enterprise was not mandatory.

Similarly, in GE T&D India ltd. v. Reliable Engineering Projects and Marketing[3], the Delhi High Court held that, a unit which is not registered as a supplier can still be covered by the Act, if it fulfils the requirements thereof. The Delhi High Court, on the other hand, in Ramky Infrastructure Pvt. Ltd. v. Micro and Small Enterprises Facilitation Council[4], held that Section 18 enables ‘any party’ to make a reference to the Facilitation Council when the dispute is regarding any amount due and payable to a supplier. The Court observed that the definition of supplier under Section 2(n) is an exhaustive one. It is divided into two parts, the first part deals with a micro or small enterprise which has filed a memorandum with the authority and the second part includes three exceptions to this condition.

Whereas, the High Courts of Gujarat, Madhya Pradesh and Bombay, in Nik San Engineering Co. Ltd v. Easun Reyrolle Ltd.[5], Frick India Ltd. v. Madhya Pradesh Micro And Small Enterprises Facilitation Council[6] and Scigen Biopharma Pvt. Ltd. v. Jagtap Horticulture Pvt. Ltd.[7] Respectively, held that the unit must be registered under Section 8 of the Act on the date the transaction took place in order to qualify as a supplier under Section 2(n), and to take the advantage of the mechanism provided under Chapter V. It was held that, further, a subsequent registration also would not confer any benefit upon the unit.

Both these interpretations given by the High Courts, though seemingly plausible, gave rise to a conflicting and uncertain position. This debate was however recently settled by the Supreme Court in the case of Silpi Industries v. Kerala State Road Transport Corporation[8]. The Court held that the claimant was not entitled to relief prayed for, as on the date of supply of goods and services, the claimant did not have registration under the Act. According to the facts of the case, the claimant approached the District Industrial Centre for grant of memorandum only 4 days before raising the last invoice and the supplies were concluded prior to registration of the supplier. The Apex Court categorically stated that, in order to seek the benefit of the provisions under the Act, the seller should have been registered under the Act as on the date of entering into the concerned contract. Registration under the Act, if obtained, will only make the Act applicable prospectively. Further, merely by seeking a registration subsequent to entering into a contract and supply of goods and services, one cannot claim the benefit of the provisions of the Act retrospectively.

Even though the judgment clears the confusion created by conflicting judgments of various High Courts, it may have far reaching unintended consequences. According to some surveys, a large proportion of micro and small enterprises are likely to shut down, scale down or sell their business by the end of 2021. The financial distress being faced by micro and small enterprises due to the Covid-19 pandemic is likely to lead to an increase in disputes. One of the main objectives of the Act was to provide a forum and mechanism for speedy recovery of delayed payments to micro and small enterprises. However, in light of this judgment, such entities would not be able to avail the benefit unless they had obtained registration under the Act prior to execution of the contract. Another aspect is that this interpretation may be treated as clarificatory and may be made applicable retrospectively which could affect several cases already pending before Facilitation Councils.

Keeping the objectives of the Act and the present economic climate in mind, a question does arise as to whether denying the benefits under Chapter V of the Act to micro and small enterprises, for want of registration on the date of the contract, is a case of throwing the baby out with the bathwater.

[The authors are Associate and Senior Associate, respectively, in the Commercial Dispute Resolution practice at Lakshmikumaran & Sridharan Attorneys, New Delhi]