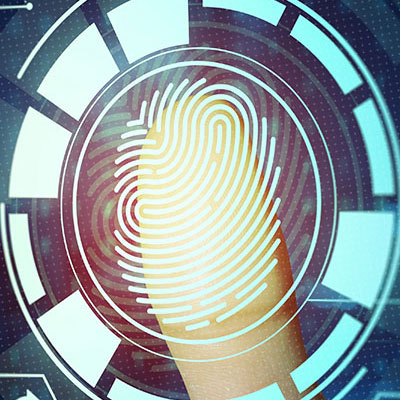 The trademark regime in India provides broad protection and covers unconventional marks such as shape marks, sound marks, image marks, combination of colours, etc. However, when it comes to single colour marks, the regime is far from colourful.

The Trade Marks Act, 1999 allows a ‘device, brand, heading, label, ticket, name, signature, word, letter, numeral, shape of goods, packaging or combination of colours or any combination thereof’ to be protected as trademarks. A literal interpretation of the statutory provisions would lead to a straightforward conclusion, that a single colour cannot be applied as a trademark. However, this may often contradict with another basic tenet of trademarks law, that when a mark functions as a source-identifier for the consumers, the same should be protected under law.

In this case, what happens if a mark such as a red-sole shoe, or a purple chocolate packaging brings to the consumers’ minds a particular product? The aforementioned colours in relation to the goods would have brought to the readers recollection two distinct products- the famed Louboutin shoes, and the well-loved Cadbury chocolates. In such a case, the application of a single colour on the goods is serving a source-identifying function. Under the provisions of law, should such marks be granted protection?

But again, another argument raised against the protection of single colour marks is based on the ‘Colour Depletion’ theory, which states that if single colours are protected, it would eventually lead to a monopolization of all basic colours. Thereafter, any new entity which applies the colour in complete bona fide on their products/services shall be liable of infringement. This will lead to severe anti-competitive effects, and will thwart the purpose of the trademarks law, which is to recognize distinctive marks.

The Indian judiciary has offered dissenting views on the question of single colour marks. A discussion on the protection of single-colour marks will be remiss without the mention of the red-sole Christian Louboutin shoes, which (in addition to the soles) had painted the IP fraternity red, with several judicial pronouncements on the validity of its red soles as trademarks.

In Christian Louboutin v. Pawan Kumar[1], the red-soles were recognised as a well-known trademark due to their long and extensive use in India and across the world. Thereafter, in Christian Louboutin v. Abubaker[2], the previous decision was overturned on the ground, inter alia, that the provision in the Act for ‘a combination of colours is sine qua non’. Finally, in Christian Louboutin v. Ashish Bansal[3], the Court ordered in favour of Louboutin, holding that they have been successful in establishing that the defendants’ use of the red sole amounted to an infringement, and free-riding on Louboutin’s goodwill and reputation. In reaching this decision, the Court relied on factors indicating that Louboutin red-sole shoes have acquired distinctiveness due to their long and continuous use.

The red-soled Louboutins have traversed across the world seeking trademark registration, with some hits and misses. As recently as April 2022, a Japanese Court adjudicated that the presence of a brand in Japan for over 20 years was still insufficient to show that it had acquired secondary meaning in the public. This was partly due to the fact that the brand is a high-end luxury brand which is only affordable to a few people. Therefore, not enough people in Japan can identify the red-soles as source indicators of the brand. On the other hand, in 2012, a 2nd District Court in USA recognised the red-soles as distinctive and capable of distinguishing the Louboutin shoes from any other vendors’. The mark was protected based on its acquired distinctives in the market. Similarly, in 2018, Louboutin was successful in enforcing its rights over the red sole in European Union, as it was ascertained that the mark has become attributable to the brand.

Upon a perusal of the judicial trends across the world, one common link that can be drawn is the assessment of the acquired distinctiveness of the mark. Indeed, the aforementioned dilemma can be dealt with by answering one question: does the use of the single colour on the product/service carry a recall value for the consumers?

The Manual of Trade Marks Law and Practice also recognises the position that a single colour may be registerable as a trade mark ‘if it is very unusual and peculiar in a trade and is recognized by traders and consumers alike that it serves as a badge of origin for that class of goods.’ This means that the courts will firstly, have to purposively interpret the statute to not limit the protection of trademarks to ‘combination of colours’ only, and secondly, undertake an in-depth analysis of whether the single colour mark has acquired distinctiveness through its continuous use.

[The authors are Associate and Partner, respectively, in IPR practice team, in Lakshmikumaran & Sridharan, New Delhi]