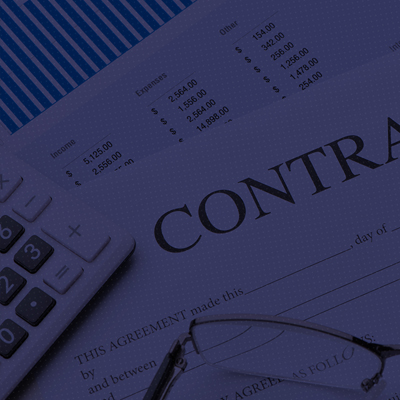 Shifting the burden of indirect taxes: A contract conundrum

Taxes are commonly categorized as ‘direct taxes’ and ‘indirect taxes’ due to the economic theory that indirect taxes are ultimately borne by the consumer despite being charged on the supplier. Simply put, the burden of an indirect tax can be shifted onto another and from this facet, the nomenclature ‘indirect tax’ is derived.

The Supreme Court has held that indirect taxes are ‘indirect’ only in economic theory and not in ‘constitutional law’.[3] This essentially means that if a person chooses to not contractually shift the burden of tax, the same will not alter the nature of the tax. The levy would continue to persist and the same would be recoverable from the person liable to pay the tax. For instance, a service provider may choose to contractually agree to bear the burden of service tax himself without passing on the same to the service recipient. Such a contract clause would not render the tax any less a service tax.

Thus, a key takeaway is that the terms of a contract play a vital role in affixing the ultimate liability to bear the burden of taxes. With the introduction of the Goods and Service Tax (GST) regime, several contractual disputes have risen due to ambiguities in tax clauses on which party would be liable to bear the new tax. While the nature of disputes vary based on the contractual arrangements, this Article will analyze few select situations for highlighting the importance of drafting contracts with a proper tax clause.

Tax clause dealing only with the erstwhile levy

A very common scenario is when the tax clause deals only with the erstwhile levy. In these cases, the burden of erstwhile taxes such as service tax/excise duty/VAT is either agreed to be passed on to the recipient or borne by the supplier. The tax clause would make no mention of future levies and thus, would be silent on which party would bear the burden of GST.

In this context, the question arises as to whether a party has agreed to bear GST simply because such party had agreed to bear the burden of erstwhile levies?

To understand this scenario better, the following clause can be taken as an example:

The above clause was interpreted in Bipson Surgical[4] and it was held that the liability to bear an increased rate of tax was always on the supplier and merely because VAT and excise duty had been substituted with GST, the supplier cannot claim price revision. It was observed that in the absence of a specific clause which permitted price revision due to increase in rate of tax/introduction of a new tax such as GST, granting relief by way of directing price revision would tantamount to varying the terms and conditions of the contract.

From an alternate standpoint, if a contract allows for recovery of service tax/VAT from the recipient, however, is silent on whether GST can be recovered, one could argue that GST being an indirect tax and a replacement to the existing tax on goods or services, the supplier can recover the tax from the recipient. A similar view in the context of service tax was enunciated in the decision of Meattles Pvt. Ltd. v. HDFC Bank Limited.[5]

"The Licensee/Licensees shall also duly pay during the continuance of this license all cesses, rates, water charges, taxes and other charges or taxes in respect of the said premises"

The above tax clause was interpreted by the Madras High Court in T. Karthick Raja v. Southern Railway [2021-VIL-343-MAD]. The Court was of the view that through the tax clause, the licensee(s) have admitted to bear the liability of all taxes including GST in respect of the licensed premises.

"11.2. Payment of taxes/ dues - The Service Provider will be liable for payment of all taxes/duties service tax and other liabilities in respect of the business".

In IRCTC v. Deepak & Co.[6], the Delhi High Court interpreted the above clause and held that it does not throw any light on the liability of GST. Therefore, it was held that the service provider would not be liable to bear GST and the same would be payable by IRCTC.

The different views taken in the examples above is due to the Railway Board circulars which clarified the GST implications under the contracts with the Railways. In IRCTC v. Deepak & Co., a Railway Board Commercial Circular had directed that GST would have to be reimbursed to the service provider on submission of proof of deposit, indicating that GST was in addition to the production charges. This fact was crucial to arrive at the conclusion that GST is over and above the production charges agreed to be paid to the service provider.

It is clear from the above examples that even vague and all-encompassing tax clauses may be interpreted to not include a future levy if other terms governing the contract provide a different intention.

No tax clause in the contract

A rare but a possible scenario is when the contract is completely silent on the tax burden. In such a case, if the Courts were to decide on which party is required to bear the burden of indirect taxes, what factors would influence the decision?

There are many factors in GST law which both support and reject the view that the burden of GST would be passed on by the supplier to the recipient. For example, the statutory presumption that GST has been passed on in the context of refund provisions and the anti-profiteering mandate, support the view that GST is usually passed on. On the other hand, recipient of a supply is not recognized as a person from whom recovery of tax can be made under Section 79 of the CGST Act. The relevance of these factors under GST law is debatable.

Courts may also consider parole evidence (i.e., pre-contractual negotiations, emails, documents, etc.) to ascertain the intention of the parties. However, if the oral arrangements or conduct of the parties is inconsistent with the formal contract, the latter would prevail.[7] The law provides a greater scope to admit parole evidence in cases involving contracts for sale of goods.[8]

It is also relevant to note that Section 64A of the Sale of Goods Act, 1930 provides that the burden of increase or decrease of taxes on the sale or purchase of goods shall be on the buyer unless a different intention appears from the terms of the contract.

This Article has analyzed select situations for highlighting the importance of drafting contracts with a proper tax clause. Since tax rates under GST are as high as 28% of the value of supply, parties must pay careful attention to the terms of the contract. To conclude the present discussion, the following key points may be noted while entering into contracts.