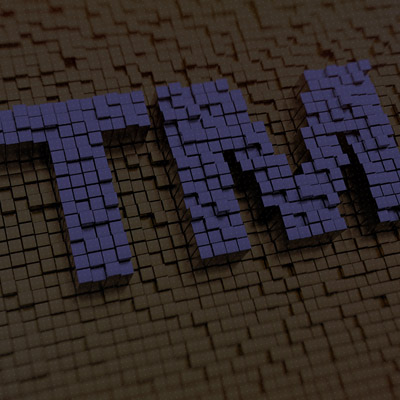 The likelihood of confusion or deception amongst the consuming public is a sine qua non element in an action for infringement or passing off. There are various parameters that are taken into consideration while assessing the degree of likelihood of confusion between two trademarks, such as the goods and services under the disputing marks, the class of consumer, and the trade channels involved, inter alia. The Triple Identity Test, which is an amalgamation of the aforementioned three parameters, is often relied upon by the Judiciary to assess the similarity between two marks and/or likelihood of confusion amongst the public. The test has been relied upon in various cases[1] wherein it has been observed that where the Defendant has made use of an identical/deceptively similar trademark in relation to identical goods having an identical trade channel, the balance of convenience would tilt in the favour of the Plaintiff.

It is a settled principle of law that deceptive similarity is adjudged based on the visual, phonetic, and structural similarity between the marks in question. The process of assessing similarity between two composite marks, births a direct conflict between the ‘Rule of Anti-Dissection’ and the ‘Rule of Dominant Feature’. While the spirit of the former rule has been captured by Sections 15 and 17 of the Trade Marks Act, 1999 (‘Act’), the latter is a product of many judicial pronouncements. There has been a constant debate around the two rules and this article endeavours to bring clarity on this subject matter.

Meaning of the Rules

A plain reading of Sections 15 and 17 of the Act evidences the fact that the legislative intent behind these provisions is that where a trademark consists of several elements, it should be viewed as a whole, i.e. as an indivisible unit, and unless a part of such a composite trademark is separately subject of trademark protection, the Proprietor has no exclusive right qua a part of the composite mark. The rule of anti-dissection is based on the basic assumption that an ordinary prospective buyer would be impressed by the composite mark as a whole and not by its component parts. Hence it promotes the idea that ‘technical gymnastics’ should not be done in an attempt to find some minor differences between conflicting marks.

On the other hand, over the years the judiciary has propounded the rule of dominant feature which means that a mark is said to be infringed by another trader if, even without using the whole of it, the latter uses one or more of its essential features[2]. This rule is based on the understanding that a consumer of average intelligence having an imperfect recollection might only retain the prominent part of a composite mark. The reflection of the rule of dominant feature could be seen in Section 11(b) of the Act which states that a mark ought not to be registered if the said mark is ‘similar’ to an earlier mark and is being used with respect to similar or identical services and capable of causing confusion and deception amongst the public. Here, a deceptively similar mark[3] could also mean a mark wherein the dominant feature of another mark is being used.

For instance, in the case of Phonepe Private Limited v. Ezy Services and Ors[4] the Court while recognizing the rule of dominant feature held that the term ‘Pe’ in the competing marks i.e. ‘PhonePe’ and ‘BharatPe’ was descriptive in nature as it was intended to mean ‘Pay’. Therefore, the same cannot be held to be the dominant feature of the said marks. However, the Court also observed that composite marks cannot be dissected. It is also pertinent to note that in the case of Cadila Healthcare Ltd. v. Aureate Healthcare Pvt. Ltd. and Ors[5], it was observed that while examining the question of misrepresentation or deception, the comparison must be made between the two trade marks as a whole. It was held that the Defendant's mark, PANTOBLOC, was deceptively similar to the Plaintiff’s mark PANTODAC.

On the other hand, the Delhi High Court in the case of South India Beverages Pvt. Ltd. v. General Mills Marketing Inc[6] while stating that the rule of anti-dissection is the primary parameter that is to be followed, observed that it is permissible to accord more or less importance or ‘dominance’ to a particular portion or element of a mark in cases of composite marks. It was observed by the Court that both the elements constituting the mark of the Plaintiff, i.e., ‘HAAGEN’ and ‘DAZS’ are equally dominant and are liable to be accorded sufficient protection under the legal framework. An injunction was granted against the Defendant who was using the mark D’DAAZ. It is also noteworthy to mention the case of Sabmiller India Ltd. v. Jagpin Breweries Ltd.[7], wherein the Plaintiff was the proprietor of the marks ‘ ’ and ‘FIVE THOUSAND’ and the Defendant claimed to be the proprietor of the mark ‘COX 5001’. The Court observed that the balance of convenience was in favour of the Plaintiff, as irreparable harm and injury would be caused to the Plaintiff if the Defendant was not injuncted from using the impugned trademark COX 5001 in respect of beer as that would lead to confusion amongst the consumers.

It is evident from above that the courts have been ebbing and flowing over the two rules as on one hand, the rule of dominant feature is being recognized while, on the other hand, it is promoting the notion that composite marks ought not to be dissected. The rule of dominant feature has been placed under the umbrella of the rule of anti-dissection which in our opinion is futile as the two are contradictory to each other by definition.

Once the rule of dominant feature is recognized as an independent rule and is not just considered as a preliminary step towards the ultimate determination, the same would be in conflict with Sections 15 and 17 of the Act. Since the Act only caters to the rule of anti-dissection and nowhere expressly mentions recognizes the rule of dominant feature. The clash between the two might lead to arbitrariness and absurdity in the legal fraternity and/or amongst the public.

It is noteworthy to mention that India is a common law country and hence the law of precedents i.e. Stare Decisis, is also an eminent source of law. It was observed by the High Court of Delhi in the case of South India Beverages Pvt. Ltd. v. General Mills Marketing Inc. that ‘Where there are both similarities and differences in the marks, they must be weighed against one another to see which predominates’. Hence, which test is to be applied would completely depend on the unique facts of each case.

We would like to conclude by saying that the fundamental criterion for assessing similarity between two trademarks is the likelihood of confusion and there is no one straightjacket rule that can be relied on to assess the confusion amongst consumers. The same would depend on the unique facts of each case and therefore it would lead to arbitrariness and absurdity if one rule is given prominence over the other.

[The first two authors are Associates while the third author is a Joint Partner in IPR Team at Lakshmikumaran & Sridharan Attorneys, New Delhi]

[3] Section 2(1)(h), Trade Marks Act, 1999 ‘A mark shall deemed to be deceptively similar to another mark if it so nearly resembles that other mark as to be likely to deceive or cause confusion’