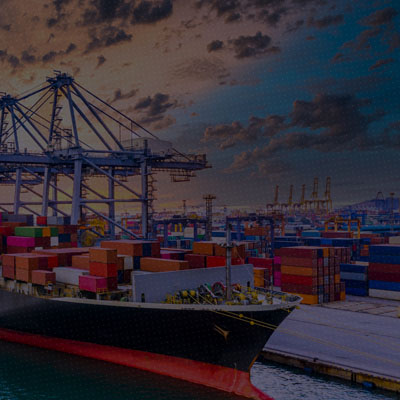 In India, the Bureau of Indian Standards Act, 2016 (erstwhile BIS Act 1986) provides for the establishment of a national standards body of India for the harmonious development of the activities of standardization, conformity assessment and quality assurance of goods, articles, processes, systems and services. BIS has thus been created as a National Standards Body of India. BIS has issued several standards (which are documents that set out specifications, procedures and guidelines that aim to ensure products, services, and systems are safe, consistent, and reliable) for various goods, services and processes in terms of Section 10 of the BIS Act.

The standards issued by BIS for any goods are for voluntary compliance until a specific Quality Control Order is issued by the Central Government under Section 14 or 16 of the Act requiring its mandatory compliance. The Order may either require compliance through mandatory marking of product/packaging with Standard Mark (ISI mark in common parlance) after taking licence from BIS or taking certificate of conformity from the BIS.

In the year 2020-21, there has been a surge in the number of mandatory Indian Standards. It is understood that there are 346 categories of goods under mandatory compliance of prescribed standards currently. More than 250 categories of such goods have been covered under mandatory compliance requirement since last year i.e. 2020 only. Under chemicals and fertilizer category, there were 6 quality control orders till 2019, however, 20 quality control orders have been issued in 2020 under this category. Further, there are quality control orders issued for various other categories viz., steel, cables, footwear, toys, safety glass, transparent float glass, domestic pressure cooker, aluminium foil, plain copier paper, etc.

Paragraph 2.03 of the Foreign Trade Policy, 2015-2020 (‘FTP’) provides for compliance of imports with domestic laws. It provides that domestic laws / Rules / Orders / Regulations / technical specifications / environmental safety and health norms applicable to domestically produced goods shall apply, mutatis mutandis, to imports, unless specifically exempted. It further provides that goods to be utilized/ consumed in manufacture of export products, as notified by DGFT, may be exempted from domestic standards/ quality specifications.

Further, the General Notes to the Import Policy also provide that imported goods need to comply with the mandatory Indian Standards if the same are applicable for domestically produced goods. In other words, if a product manufactured in India is subjected to compliance with mandatory standards, the said product if imported from outside India would also need to comply with those standards.

Article XX of the General Agreement on Tariffs and Trade (‘GATT’) 1994 allows governments to take measures in order to protect human, animal or plant life or health, provided they do not discriminate or use this as disguised protectionism. Pursuant to the same, India has made compliance of mandatory standards applicable to imported goods along with domestically produced goods. Also, the principle of national treatment enshrined in Article III of GATT 1994, prohibits discrimination between imported goods and domestically produced goods with regard to internal taxation or regulation.

It is also pertinent to note that while formulating, adopting and applying technical regulations, standards, and conformity assessment procedures, India has to ensure compliance with the WTO Agreement on Technical Barriers to Trade (‘TBT’) which tries to ensure that these are non-discriminatory and do not create unnecessary obstacles to trade.

It seems that BIS has become an effective tool to curb the menace of cheap quality imports. Though, the issuance of quality control orders requiring for mandatory compliance of standards is a very effective tool, however, there are a few challenges that need attention.

Generally, every order which prescribes mandatory compliance with standards has an exception for exports. It provides that goods meant for export which conform to any other specification required by a foreign buyer would be excluded from the applicability of the order. For example, sub-para (3) of Para 1 of Steel and Steel Products (Quality Control) Order, 2020 states as under:

Hence, it is clear that if a particular product which is prescribed under the order is exported, the said product would not require compulsory compliance with such prescribed standards if it is made as per the specification of the foreign buyer. Presently, the industry is facing a challenge in clearance of imported goods wherein the said goods are notified for compulsory compliance with prescribed standards, but which would be used as raw material in manufacturing finished products in India which would be ultimately exported outside India. The contention of the customs department is that such goods would not be excluded from the applicability of the standards, i.e., they need to comply with the Indian Standards, since the same are not exported as such but are used in goods which would be exported.

Ideally, the requirement to comply with the prescribed standards should arise only when the imported goods (in case of import) are cleared for home consumption and used for domestic purposes. If the said imported goods would be used in manufacture of products which will be exported out of India, then the goods imported should not be required to comply with BIS, i.e. prescribed Indian Standards. However, from the perspective of BIS, it is pertinent to note that the Act or Rules do not provide any administrative mechanism to check whether the goods are used for the said purpose or not (i.e. export). In absence of the same, many importers are facing difficulties in getting clearance of such goods which are not manufactured as per standard but are imported into India as a raw material for use in export goods. This area of concern needs appropriate action from the government.

If any goods have been prescribed for mandatory compliance of relevant Indian Standards, then there is prohibition under Section 17 of the BIS Act on manufacture, import, distribute, sell, hire, lease, store or exhibit for sale of such goods if they do not comply with such standards or requirement of such standards like putting standard mark. In other words, if goods which require compliance with standards do not comply with the same, it is understood from the language of the section that such goods cannot be sold in India. The concern which industry is facing is whether such prohibition also applies to stock in hand as on date of implementation of order?

The intention of the government should be to prohibit those sales of goods which are manufactured and sold after the date of implementation of the order. However, the language of the provision leaves an ambiguity in respect of stock in hand. It could be said that subordinate legislation should not have retrospective effect. However, considering the nature of the statute which intends to focus on health and wellbeing of consumers, the said arguments need to be tested in courts.

The BIS has time and again clarified in FAQ’s (issued in respect of certain specific orders) that such orders are not applicable on stock in hand as on date of implementation of the order. However, the said clarifications are not legally binding and moreover such clarifications have been issued only for selected orders.

In Australia, it is observed that a transition period is provided to assist with the changeover to the new/amended mandatory standard. During that transitional period, old stock can be liquidated. It is pertinent to note that majority quality control orders issued in 2020 have a buffer period for implementation of said order, i.e. they are said to be effective from a later date. It needs to be clarified whether the old stock can be sold after the implementation of the order.

With the use of BIS increasing day by day for quality assurance, the Act and Rules need appropriate changes to cater to the emerging issues from the industry.

[The author is a Principal Associate in Customs team at Lakshmikumaran & Sridharan Attorneys, Nagpur]