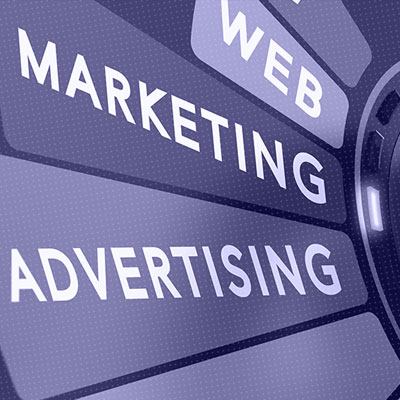 The Consumer Protection Act, 2019 (‘Act’), which came into force on 20 July 2020, defines ‘misleading advertisement’ in relation to any product or service as an advertisement which:

Said Act also provides for establishment of Central Consumer Protection Authority (‘CCPA’) by the Central Government, to promote, protect and enforce the rights of consumers and regulate matters relating to false or misleading advertisements. CCPA, on 9 June 2022, notified the Guidelines for Prevention of Misleading Advertisements and Endorsements for Misleading Advertisements, 2022 (‘Guidelines’) to ensure that consumers are not deceived by exaggerated promises, misinformation, and false claims pertaining to any product or service, and that the rights of consumers are adequately protected.

A voluntary self-regulatory body called ‘The Advertising Standards Council of India’ (ASCI), in its Code for Self-Regulation of Advertising Content in India (“Code”), also provides for advertisements to be an honest and truthful representation of products and services, and holds that advertisements should not mislead the general public in any manner detrimental to their well-being. The latest Guidelines contain provisions which conform to the position taken under the Code with respect to misleading advertisements, disclaimers, and advertisements targeting children, along with regulating bait advertisements, surrogate advertisements, and free claims advertisements.

As per the Guidelines, any ‘free claims advertisement’ is permitted provided it does not describe any goods or services as ‘free’, ‘without charge’ or similar terms if the consumer will be required to pay any charges (such as packaging charges, handling, or administration charges) in addition the avoided charges. The Guidelines also prohibits the use of term ‘free trial’ to describe a ‘satisfaction or your money back’ offer, or an offer for which a non-refundable purchase is required.

Bearing in mind the adverse impact advertisements may cause on children, the Guidelines provide a set of conditions that must be adhered to in the event an advertisement addresses or targets or uses children.

Section 12 of the Guidelines mandates manufacturers, service providers, advertisers, and advertising agencies to comply with certain conditions when advertisements portray obvious untruths and exaggerations which are intended to amuse or catch the eye of consumers.

Another key inclusion in these Guidelines is due diligence to be conducted by endorsers of goods or services to ensure that genuine and reasonably current opinion of the endorser is represented in an advertisement, which must be based on adequate information about, or experience with, such goods or services advertised.

For violation of these Guidelines, CCPA under Section 21(2) of the Act may impose a penalty of INR 10 lakh for a first offense, and up to INR 50 lakh for subsequent contraventions.

Advertisements have played a pivotal role in enticing customers for sale of goods and services. Before, these Guidelines were notified, misleading advertisements were governed solely by the ASCI’s Code. The ASCI  is not a statutory body and, thus, it does not have a binding effect.  In 2019, when the new Consumer Protection Act was notified, the Central Government identified the importance of true and honest advertisements and introduced the concept of ‘misleading advertisements’. Especially with the impact that digital marketing, influencer advertisements and celebrity endorsements are causing in the Indian market, it is essential that there is a legally binding framework which mandates a company to take  responsibility for the advertisements. Such binding effect is now created with these Guidelines.

Further, with e-commerce being the go-to mode for consumers to purchase goods and services, the Guidelines also address the bait and free claims advertisements, which was being exploited by companies on e-commerce platforms especially during flash sales.

The wide coverage of these Guidelines i.e., covering advertisements in any format and medium, and the stringent penalties which can be imposed by the CCPA under the Act, will reform the way advertisements are being made and perceived by consumers. The Guidelines will now allow the consumers to opt for genuine goods and services based on clear, true and honest advertisements.

[The author is a Senior Associate in the Corporate and M&A advisory practice at Lakshmikumaran & Sridharan Attorneys, Hyderabad]