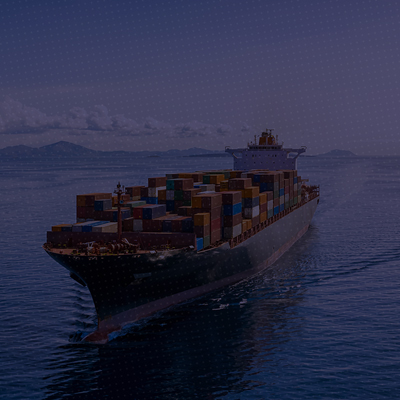 In the run up to MC 12, analysts and trade experts were skeptical of any success being achieved at the conference. Some commentators were ‘cautiously optimistic’ about the outcome of MC 12. Given the rigid positions adopted by Members on different issues leading up to MC 12 and the tense geopolitical climate due to the conflict in Ukraine, the negotiating atmosphere had indeed become pessimistic.

However, contrary to such expectations, MC 12 has surprisingly delivered a package of decisions, dubbed the Geneva Package, which has been hailed as an achievement in the WTO’s negotiating history. With outcomes on a Fisheries Subsidies agreement, decisions on food security, and a TRIPS waiver for COVID purposes, among others, the WTO has seemingly broken the stalemate that existed after the Bali Ministerial Conference.

On the face of it, it would indeed appear that MC 12 has achieved significant success in delivering key outcomes. However, to truly understand the achievements of the MC 12, it becomes necessary to dig deeper into the contents of the Geneva Package, particularly in light of the negotiating background and the outcomes that were sought to be achieved. With this objective, this article provides a broad analytical overview of the key contents of the Geneva Package.

An issue that was on top of the negotiating table was that of food security. Towards this objective, Members had successfully arrived at two decisions: one was on Members not restricting or prohibiting food exports for the purposes of World Food Programme; the second was a declaration on the emergency response to food insecurity.

Though both decisions are welcome, particularly in today’s context where there is a lot of uncertainty regarding food availability, both decisions are low-hanging fruits in comparison to that of finding a permanent solution for public stockholding for food security purposes. This issue was particularly important for India, whose public stockholding programs flirt with the risk of violating domestic support prohibitions in the Agreement on Agriculture.

Though such programmes are protected by the peace arrangement agreed to post the Bali Ministerial Conference, India and its developing country allies have been legitimately expecting a permanent solution to this issue.  However, MC 12 has decided to continue negotiations on this issue and postponed the decision on arriving at a permanent solution to the next Ministerial Conference.

Prior to MC 12, India along with likeminded developing countries made a very strong case against the continuation of this moratorium. India’s compelling arguments showed how the moratorium was not just causing significant revenue losses to developing countries but also throttling the development of their domestic digital industries. Members however did not agree on removing the moratorium and instead extended it to March 2024, leaving this battle to be fought on another day.

TRIPS waiver for Covid vaccines – Too little, too late

Developing countries backed by civil society organizations have often been at loggerheads with developed countries over intellectual property rights and access to medicines. This issue came to the fore in 2020 during the outbreak of Covid, when developing countries led by India and South Africa sought a waiver of TRIPS obligations concerning key IPRs for the free trade of pharmaceutical products required for responding to the pandemic.

The initial proposal, which went well beyond vaccines and covered diagnostics, was watered down in the final decision to cover only limited exemptions on patents, and that too only for vaccines. Commentators have argued that this decision has impacted the WTO’s legitimacy to adequately respond to the needs of the developing countries in a time of grave crisis.

The Membership has been negotiating disciplines to address harmful fisheries subsidies since the mandate was given by the Doha Ministerial Declaration in 2001. At MC 12, certain Members attempted to repeat the injustices of the Uruguay Round by asking developing countries to limit subsidies on developing fishing capacity while they themselves had already developed significant capacity. In this regard, India’s Hon’ble Commerce Minister deserves the highest praise for resisting such attempts by articulating the position of India’s resource poor fishers and highlighting the inequities in the fisheries industries in developing countries.

Though it is welcome that the MC 12 has finally concluded an agreement on fisheries subsidies after so many years, the agreement’s achievements are rather limited as the prohibitions on grant or maintenance of subsidies concern only limited aspects. Further, provisions for special and differential treatment have been limited to just a two-year transition period for developing countries. Nonetheless, the silver lining is that Members have decided not to stop with this text but have agreed to negotiate further disciplines concerning fisheries subsidies.

The last two Ministerial Conferences (Nairobi in 2015 and Buenos Aires in 2017) failed to make any significant achievements. This had raised significant expectations from the Membership at MC 12. Further, given the paralysis of the Appellate Body caused by the United States’ refusal to join the consensus for appointing new appellate members, it became all the more important for the WTO to show progress at least in its negotiating arm. However, given the difference in negotiating positions of WTO Members, limited gains have been made at MC 12.

The Indian negotiating team must be complimented for putting its best foot forward and displaying exemplary leadership by vigorously defending the interests of the developing countries in key areas such as food security, TRIPS waiver for vaccines, and fisheries subsidies. Though MC12 could have achieved much more, the alternative would have been for the Membership being unable to agree on any significant outcomes. This would have further hurtled the WTO towards irrelevance and raised serious concerns on its future.

In this regard, India must be crowned as the hero of the day for saving the WTO from risk of irrelevance and showing foresight and maturity in recognizing the importance of a multilateral body such as the WTO. India must be complimented for agreeing to let the Membership realizing hope at MC 12 and postponing the Membership’s opportunity to achieve greater success on key issues to the next Ministerial Conference. However, in case no progress is achieved on these key issues at the next Ministerial Conference, India must insist that the WTO identify the real factors for any such impediment and not allow other stakeholders to cast the blame on India.

[The author is a Principal Associate in WTO and International Trade Division in Lakshmikumaran & Sridharan Attorneys, New Delhi]