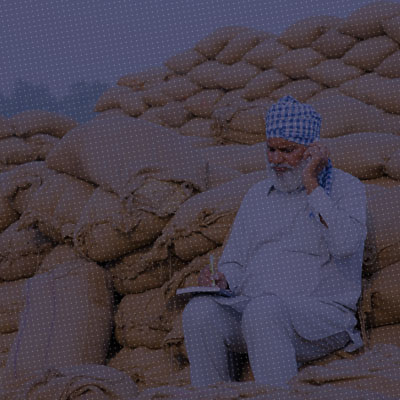 Investments in agritech sector: An analysis of the last decade

The agritech sector has witnessed significant growth in investments over the last few years. In the last decade (2010-2019), the sector bagged a cumulative capital flow of US$ 1.9bn. Out of this, US$ 1.7bn was raised by agritech start-ups during 2014 and 2019, while only US$ 0.2bn was raised during 2010-2014. Agritech investments in India during the period 2010-2014 were limited as the ecosystem was growing. The agritech sector in 2010 had only ten active start-ups, this number grew significantly 2014 onwards both in terms of number and value of investments (refer Figure 1). 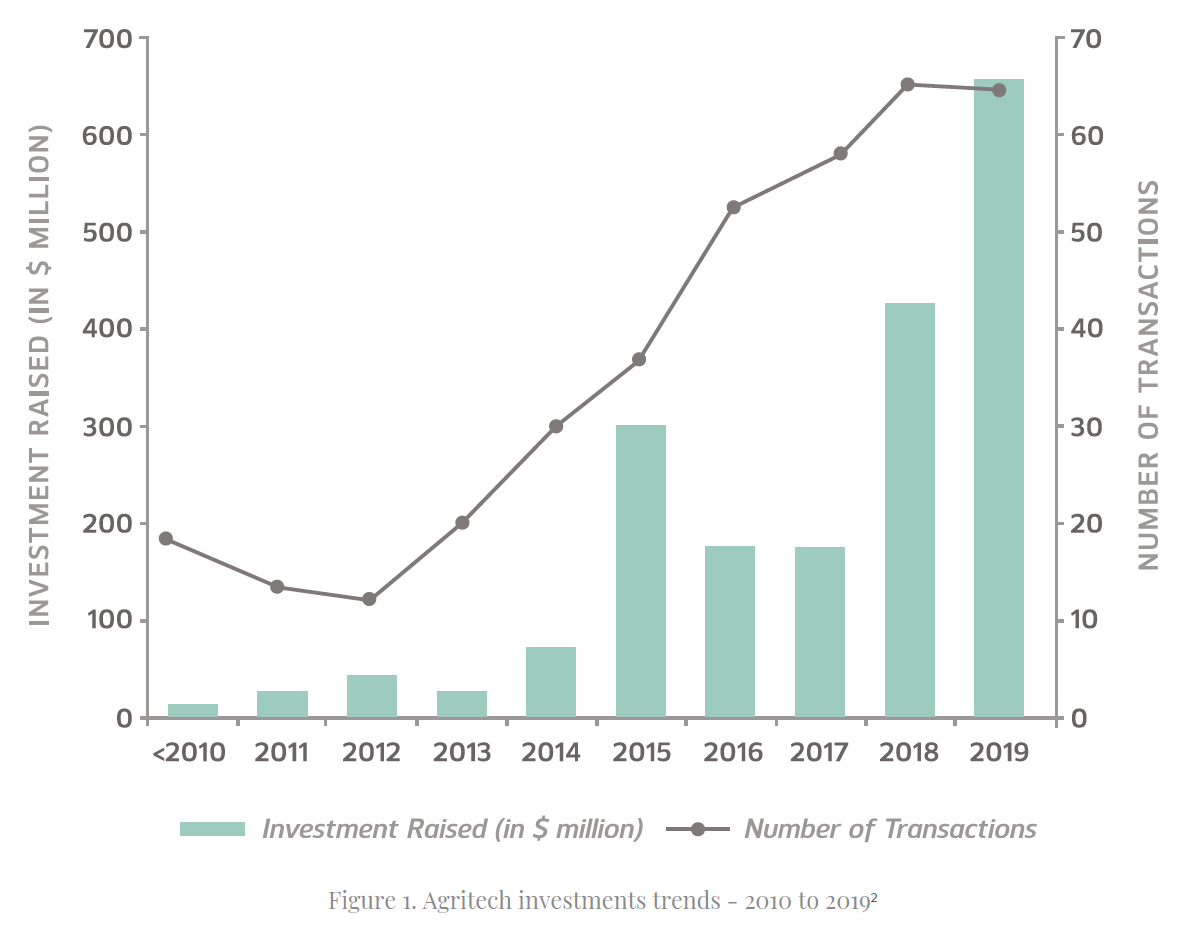 Agritech players operating in the addressable segments in India have received a cumulative investment funding of US$ 532mn as of April 2020. In 2019, a total of US$ 244.59mn was raised by agritech start-ups, an increase of over 350% YoY.

A strong seed investment stage has been witnessed because innovation in this sector takes more time and deeper relationships as compared to software innovations. Seed stage start-ups in agritech require more capital and demand longer exit horizons from investors. 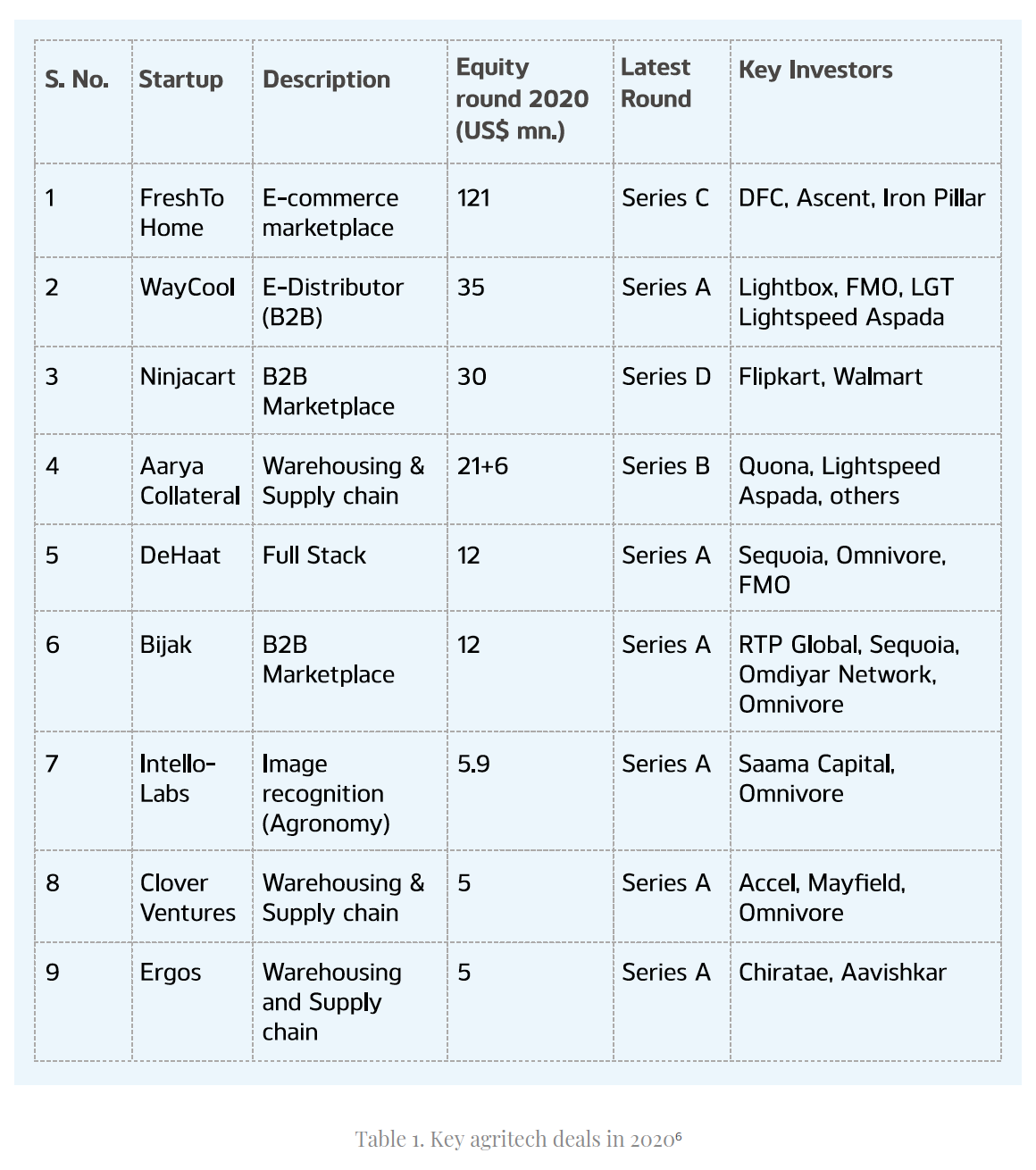 Almost all categories of agritech have seen net growth in deals (investments) by the end of the 2014-2019 period, with annualised growth rates ranging from 20% to 100%. The business categories of agri-credit / finance, precision farming and upstream and downstream agritech have consistently seen funding grow over the last five years as compared to the muted growth in agri-biotech sector. The lowest amounts of fund raise have been deployed in the agri-biotech sector which has seen fewer deals, indicating that the sector has not matured in India as compared to the foreign markets.