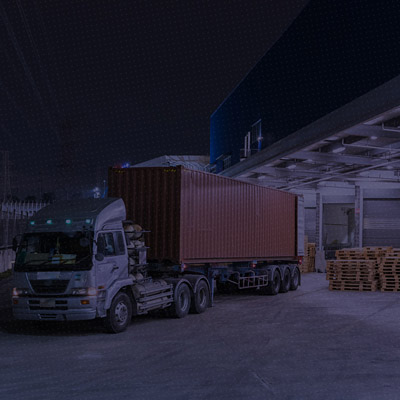 Implementation of e-way bill system under the Goods and Services Tax regime has been an excruciating exercise for the Government as well as the taxpayers. While Government was initially grappling for timely enforcement of e-way bill system due to inherent constraints in the portal, the taxpayers were finding it difficult to cope up with the frequent amendments in the e-way bill related rules. This is evident from the fact that Chapter XVI of the Central Goods and Services Tax Rules, 2017 (‘CGST Rules’), dealing with e-way bill provisions, has undergone amendments for over a dozen times in the past three years.

On one hand frequent amendments in the e-way bill related provisions indicate shortcomings on part of tax administration in framing laws, on the other hand, these changes also highlight their dynamism and determination to curb tax evasion and help the industry in the ease of doing business. For instance, the recent amendment[1] to Rule 138E of the CGST Rules restricts generation of e-way bills by a non-compliant taxpayer only with respect to his outward supplies. So, the amendment now allows a compliant taxpayer to generate e-way bill for inward supply from a registered person even if the supplier has not furnished his returns or forms (GSTR-3B or GSTR-1/IFF) for two consecutive tax periods.

The other significant development on this front is that the Government has recently integrated Radio-Frequency Identification Device (‘RFID’) with the e-way bill system. This integration helps the authorities with various real-time reports to check tax evasion. In this set-up, the details of the e-way bill generated for goods being transported in the vehicle is uploaded into the RFID. As the vehicle passes through the RFID tag reader, the details fed into the device gets mapped to the e-way bill portal. This information on the portal is used by the tax authorities to validate supplies. It may be noted that Uttar Pradesh had mandated vehicles operating in the State to integrate e-way bill into RFID tag with effect from 1 November 2018.

Currently four features are available in the newly introduced module for e-way bill and vehicle tracking:

With these analytics, the tax officers are in a position to identify and intercept only those vehicles which are moving without e-way bills. The authorities can also identify dummy e-way bills that are generated as a proof of supply, though no movement of goods take place, thereby detecting cases of bill trading and circular trading. The analytical reports on recycling of e-way bill for tax evasion prone commodities also help the authorities in identifying tax evaders.

The National Informatics Centre, which specializes in implementing nationwide e-governance products and platforms, has developed the e-way bill as well as e-invoicing portal for GSTN. In April 2021, they released a report on the journey of e-way bill system on completion of three years. The report provides various statistical figures such as the number of e-way bills generated and verified year on year, top five States and sectors that generated maximum e-way bills, etc. The statistical data obtained from e-way bill system is one of the vital sources of information of economic activities in the country. It has recently been reported that the daily average e-way bill generation numbers have fallen to one-year low.

With the help of big data analytics, the tax authorities have charted about 10-15 Key Risk Indicators (‘KRIs’). These KRIs help the field officers to identify high risk taxpayers who are likely to evade the tax or wrongfully claim input tax credits or refunds. If the field officers conduct inspection, then an option to provide feedback and to update the result of such inspection is available for building taxpayer’s profile for future reference. These kind of MIS reports also help the Government in analysing the performance of the officers and assigning tasks to them.

For many years, the enforcement measure by tax authorities has been based on the trial and error approach, having low success rate. After implementation of GST, as the check posts at state borders were dismantled, there have been rampant cases of tax evasion. Implementation of e-way bill system did not immediately curb such malpractices, but it helped in identifying loopholes in the existing system. With technological enhancements, we have come a long way from check post inspection system to remote and real time vigilance of goods in transit. Therefore, the benefits arising out of the usage of technology in tax administration cannot be over emphasized.

At the time of implementation of electronic invoicing system in October 2020, the then Revenue Secretary indicated that e-invoices will eventually replace the e-way bill system. And for that to happen, all the taxpayers must be brought under the e-invoicing system, which is being executed in a phased manner. However, considering the efforts put in for ramping up the e-way bill system, it is very unlikely that the Government will phase it out in the near future.

E-way bill as a tool to curb tax evasion has been subjected to a lot of improvisation in terms of technological advancements and its results would be visible to us in the coming days. With these tools, the enforcement authorities will be able to pinpoint and target tax evaders. It would therefore be appreciated if the officers exercise restraint in going after genuine taxpayers who may have committed minor errors at the time of generation of e-way bills, with no intention to evade tax. This demand is justified considering the fact that tax paid goods are subjected to penalty as high as twice the amount of tax.

It is suggested that representations are made to the Government and GST Council for relaxation of penal provisions for genuine lapses relating to expiry of e-way bills. Further, internal instructions must be given to the field officers not to detain or seize goods on allegations of misclassification and undervaluation or payment of tax under the wrong head, as these cases can be investigated during the course of regular assessment. Implementation of some of these suggestions would go a long way as a confidence building measure and in enhancing the ease of doing business. These measures would also ease the burden on the judiciary as unlawful detention of goods by the authorities has become a fermenting ground for litigation in GST regime.

[The author is a Joint Partner in GST Advisory practice at Lakshmikumaran & Sridharan Attorneys, Bengaluru]