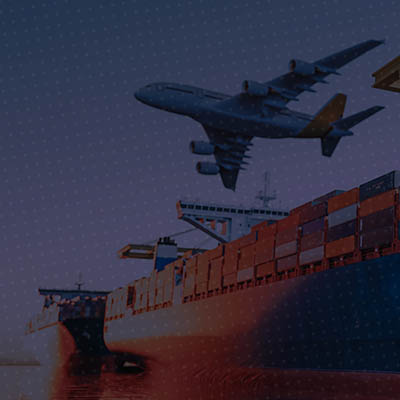 Imports by the domestic industry – Law and practice in India

‘domestic industry’ means the domestic producers as a whole engaged in the manufacture of the like article and any activity connected therewith or those whose collective output of the said article constitutes a major proportion of the total domestic production of that article except when such producers are related to the exporters or importers of the alleged dumped article or are themselves importers thereof in such case the term 'domestic industry' may be construed as referring to the rest of the producers.

The definition of ‘domestic industry’ in the CVD Rules is largely similar. A key difference between both the definitions is that the CVD Rules also exclude a domestic producer who has imported the like article from other countries, whereas this disqualification is not there in the AD Rules.

The common elements in both definitions are:

We have already noted that Rule 2(b) of the AD/CVD Rules disqualifies an entity from constituting the domestic industry if it has imported the PUC. The rationale behind this is simple. A market player who has himself benefitted from dumping cannot seek protection from dumping to the prejudice of other importers. However, a close look at the definition would show that the rules use the word ‘may’ which seem to provide a discretion to the Authority to see facts of each case and determine qualification or disqualification of domestic producers found to be importing the PUC.

In most investigations, this is one of the most agitated grounds challenging the applicant(s) standing to constitute the DI. The DGTR’s case-to-case determination in this regard has produced some varied practices on this aspect in India. The Indian Authority has tried to apply some yardsticks to determine this crucial aspect, for instance, quantum of imports (whether significant or insignificant); reasons for import (such as for testing the market, fulfilling the shortfall in production due to shutdown, etc.).

In the AD investigation on imports of ‘Glazed/Unglazed Porcelain/Vitrified tiles’ from China PR (Final Findings dated 8 April 2017), the Authority had disqualified a number of domestic producers from constituting the domestic industry since their volumes of imports of the PUC were found to be significant.

On the other hand, in the recent AD investigation concerning imports of ‘Natural Mica based Pearl Industrial Pigments’ from China PR (Final Findings dated 8 June 2021), the petitioner, Sudarshan Chemicals Ltd., was found to have imported the PUC during the period of investigation. However, the Authority held that its imports as a percentage of total demand and total imports into India of PUC were insignificant and hence did not disentitle the Petitioner from constituting the domestic industry.

In the recently concluded AD investigation concerning imports of ‘Caprolactam’ from European Union, Korea RP, Russia and Thailand, the GSFC, the sole producer and petitioner, was also an importer of the PUC. However, the Authority considered it as eligible to constitute the domestic industry for the reason that the volume of PUC imported by it was insignificant.

Sometimes domestic producers import the PUC under duty-free schemes announced by the Government for export purpose. In the sunset review investigation on imports of ‘2 Methyl (5) Nitro Imidazole’ from China PR (Final Findings dated 29 June 2007), even though the Petitioner therein was found to have imported the PUC, the Authority did not disqualify it from constituting the domestic industry since the imports were made under the duty exemption scheme for manufacture of export goods. The same practice was followed in the AD investigation on imports of Purified Terephthalic Acid from China PR, Iran, Indonesia, Malaysia & Taiwan (Final Findings dated 9 June 2016),

In some instances, even if the imports by a domestic producer were insignificant, the Authority has examined the purpose of imports by a domestic producer to determine whether it should be disqualified to constitute the domestic industry. In the AD investigation on imports of Aluminium Foil from China PR (Final Findings dated 10 March 2017), one of the applicants, Raviraj Foils Ltd. (‘Raviraj’) was found to have imported the PUC from China PR. The volume of PUC imported by this entity was found not to be significant. However, since almost all the imported PUC were sold in the domestic market by Raviraj, and there was no plausible reason for importing the PUC for re-sale when it itself was engaged in producing the like article, the Authority found that the company has unduly benefited from such dumping and hence excluded it from the scope of the ‘domestic industry’.

In Caprolactam, the Authority reasoned that, unlike in Aluminium Foil, the petitioner had provided reasons for importing the PUC which was re-sold in the domestic market. Hence, the Authority did not consider it reasonable to disqualify the Petitioner. In Caprolactam, the Authority specifically recognized an element of discretion by observing that the deliberate use of the word ‘may’ in Rule 2(b) invests the investigating authority with the discretion to analyze the facts of an individual case and thereafter decide upon disqualification of a producer.

The Authority’s practice - Many open questions

The Authority has very often used the yardstick of ‘significant’ and ‘insignificant’ import to determine standing. However, there is no clarity on the base to be used for calculating the said significance. The percentage can be easily altered by taking a different base, for instance, production quantum of tested party, total Indian production, total imports into India or the total Indian demand.

Let us take the example of a market dominated by imports having a few Indian producers who also import and re-sell the PUC. A producer ‘X’ is producing 1,00,000 units p.a. in India but has high imports at 2,00,000 units p.a. for re-sale purposes. The total Indian production is 5,00,000 units p.a. and the total Indian demand is significantly high at 10 million units p.a. In this situation, if producer ‘X’ along with other producers apply to the Authority for initiating an AD investigation, will ‘X’ constitute a part of the domestic industry? It may be noted that ‘X’’s imports are 200% of its total production implying thereby that it is majorly an importer and trader rather than a domestic producer. But if we compare its imports to total demand in India, it can be construed as ‘insignificant’ at 2% making it eligible as part of domestic industry. The law on this point is still unclear and there is not enough jurisprudence on this point either in Indian courts or at the WTO.

The scope of the domestic industry in any investigation is of utmost importance as it forms the basis for the investigating authority to examine injury allegedly caused by the dumped/subsidized imports. Where an entity has imported the PUC, the AD/CVD Rules require an examination on the aspect of disqualification. The practice adopted by the Indian Authority in this regard has been varied and requires such determination to be made on a case to case basis. It would be helpful to the industry if the Government or the Authority issues some guidelines or clarifications on what would constitute ‘significant’ imports of the PUC and also the ‘purposes’ that would attract disqualification for a domestic producer to constitute the domestic industry.