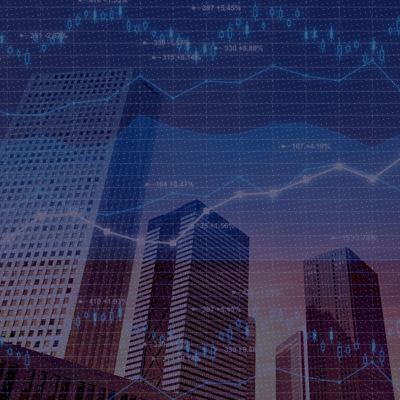 Implementation of Significant Distortions Methodology by EU in original anti-dumping investigations – Who’s next after China?

The European Union (‘EU’) amended the EU Regulation 2016/1036 of 8-06-2016 (the ‘Basic Anti-Dumping Regulation’) on 12-12-2017 through which it introduced Article 2(6a).[1] The European Commission (‘Commission’) concluded in the expiry reviews of anti-dumping duty from China initiated after 20-12-2017[2] that there were significant distortions in prices and costs and therefore, the normal value cannot be determined based on domestic prices and costs in China.[3]

In Steel Road Wheels from China, Government of China (‘GOC’) did not submit questionnaire response. Some of the key observations made by the Commission regarding the existence of significant distortions are as below:

Thus, the Commission concluded that the prices or costs in China suffers from significant state intervention and it is not appropriate to use domestic prices and costs to establish normal value. Brazil was considered as the appropriate representative third country for constructing the normal value.

Producer/exporter from China, Taishan Fiberglass Inc contented that the report on significant distortions in the economy of China which has been relied on by the Commission at various instances does not has a specific chapter on the glass fibre sector and is also outdated as it was published in December 2017. The Commission rejected these claims as the report describes different types of distortions present in China which are cross-cutting and applicable throughout the Chinese economy including to the glass fibre sector.

In Hot Rolled Stainless Steel Sheets and Coils from Indonesia, Taiwan and China, significant distortions within the meaning of Article 2(6a) of the Basic Anti-Dumping Regulation were only found in China. The Commission used the facts available because no questionnaire response was received from the GOC. Some of the key observations made by the Commission regarding the existence of significant distortions are as below:

It is also important to note that the scope of another amendment vide Article 7(2a) of the Basic Anti-Dumping Regulation, which provided for the suspension of lesser duty rule has not been invoked in the aforementioned three anti-dumping investigations. Suspension of lesser duty rule is subject to specific conditions i.e. only when there is existence of raw material distortion through (i) dual pricing schemes, export taxes, export surtax, export quota and other such measures under (2a). and (ii) a single raw material, for which a distortion is found, account for not less than 17% of the cost of production of the product concerned, Article 7(2a) can be invoked. Moreover, a Union interest test should also be carried out before suspending the application of lesser duty rule.[7]

It is also of relevance to note that on 15th June 2020, the work of the WTO Panel that was established to examine the consistency of erstwhile EU provision regarding non-market economy treatment to China i.e. under Articles 2(1) to 2(7) of the Basic Anti-Dumping Regulation, was also allowed to lapse. China requested for suspension of the work of the WTO Panel in June 2019 and has now allowed it to continue for more than 12 months, which has caused the authority for the establishment of the WTO Panel to lapse. There is also no renewed challenge by China before the WTO Dispute Settlement Body (‘DSB’) against the state distortion methodology ‘as such’ or against individual instances of its application by the EU in different anti-dumping investigations.

It appears that China, who was swift in initiating WTO Dispute against the EU upon expiration of Paragraph 15(a)(ii) of Protocol on the Accession of the People's Republic of China (‘Accession Protocol’) on 11 December 2016, is now reserved about its opposition on the contentious issue of continued non-market economy and similar discriminatory treatment to its exports by the EU. It requires to be seen if the application of the significant distortions methodology will be applied only against China or it will be extended to other countries as well.[8]

[The author is an Associate in International Trade Practice, Lakshmikumaran & Sridharan, New Delhi]

[3] See Implementation of Significant Distortions Methodology by EU in review of anti-dumping duty on exports from China, available at: https://lakshmisri.com/insights/articles/implementation-of-significant-distortions-methodology-by-eu-in-review-of-anti-dumping-duty-on-exports-from-china/#

[7] Article 7(2b) of the Basic Anti-Dumping Regulation. In Hot Rolled Stainless Steel Sheets and Coils from Indonesia, Taiwan and China, the requirements of Article 7(2a) were met against Indonesia and China, however, the lesser duty rule was still applied as it was not in the Union’s interest to impose the duty equivalent to the dumping margin because of the negative effect it would have had on the supply chains for the Union companies.