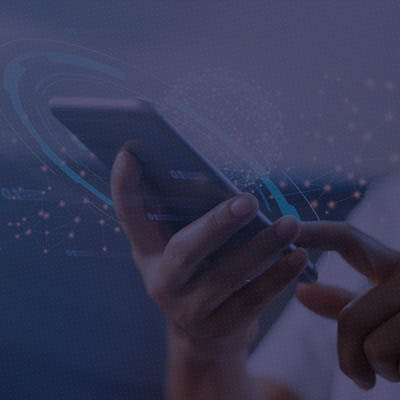 It is no surprise that within a short span of time e-commerce has had a tremendous impact on consumers all over the world.  Such dramatic change in the current environment for both businesses and consumers has also posed new challenges, which made it imperative to bring a codified legislation to cater to the interests of the consumers of the e-commerce space.

In a bid to prioritize and safeguard the interests of the consumers against the possible exploitation by e-commerce entities, the Ministry of Consumer Affairs, Food and Public Distribution, Government of India, in exercise of its powers conferred under the Consumer Protection Act, 2019 (‘Act’), notified and made effective the provisions of the Consumer Protection (E-Commerce) Rules, 2020 (‘E-Commerce Rules’ or ‘Rules’) from 24 July 2020.  These Rules are intended to regulate an ‘e-commerce entity’, which is broadly defined to mean any person who owns, operates, or manages a digital or electronic facility or platform for e-commerce. These Rules also define an ‘inventory-based e-commerce entity’ as an entity which owns the inventory of goods or services and sells such goods or services directly to the customers.

Additionally, the Government of India, on 21 June 2021, has proposed certain amendments to the E-commerce Rules and received comments or suggestions from the stakeholders in the industry to such amendments. The proposed amendments, once notified, will not only impact the e-commerce operators (both marketplace as well as inventory-based model entities) but also entities (such as sellers, distributors and logistics partners) which are engaged by such operators, in fulfilment of orders placed by buyers on an electronic portal or mobile based application.

The objective of the proposed amendments is to regulate and deter predatory and unethical e-commerce practices, which includes fraudulent flash sales and mis-selling or misrepresentation of goods and services. Another key amendment is in relation to the appointment of grievance redressal mechanisms and increasing the liability of e-commerce entities.

Apart from the enormous impact that the Rules may have on the marketplace entities, the issue that begs our attention is the inclusion of the “fall-back liability” clause. E-commerce Rules define fall-back liability as ‘the liability of the marketplace e-commerce entity where a seller registered with such entity fails to deliver the goods or services ordered by a consumer due to negligent conduct, omission or commission of any act by such seller in fulfilling the duties and liabilities in the manner as prescribed by the marketplace e-commerce entity which causes loss to the consumer.’

In other words, the clause makes a paradigm shift in the liability of online retailers, who up until now majorly functioned in the nature of middlemen, but with these Rules coming into force, will become directly and vicariously responsible for the damage caused by the vendor to the customer. This implies that even, in cases of negligent conduct by the seller, the onus of liability shall fall upon the e-commerce entity, if any losses are incurred by the end consumers. Additionally, this clause also holds the e-commerce entity liable for any default on the part of logistics service provider, i.e., if there is a failure of delivery of goods and services, the liability shall be on the e-commerce platform itself. This has been criticised by many stakeholders as grossly unfair to e-retailers.

Various consumer complaints have been filed before the consumer forums in the past, claiming liabilities against the e-commerce entities. One such order was recently passed by the Chhattisgarh State Consumer Redressal Commission (‘Commission’), where Amazon Seller Services Private Limited (‘Amazon India’) was absolved from its liabilities as against the other respondents.

The complaint was filed regarding the deficiency in services and breach of warranty conditions, where Amazon India argued that it is only a facilitator, and that at the time of registration on the website, the complainant had accepted the “Conditions of Use” which categorically provided that the contract of sale and purchase of items was strictly a bipartite contract between a registered seller and customer. It was further argued that, as per the conditions of sale, there is no privity of contract between Amazon India and the buyer, and therefore it cannot be held negligent for conduct of other parties. While absolving Amazon India, the Commission observed that Amazon India was merely acting as a shopping platform and has no connection with manufacturing, repairing or any other services in relation to the product. It was further observed that unless the person who visits the site agrees to the terms and conditions of the website, the transaction cannot proceed.

Although, the arguments made by Amazon India had merit, the position has been settled by the subsequent judgment of National Consumer Dispute Redressal Commission, in the case of Hello Travels v. Harish Jain,[1] reaffirming its earlier position in the case of Amazon Seller Services Pvt. Ltd. v. Gopal Krishan[2].

In said case, through a web domain (online portal) owned, managed and controlled by Amazon India, a mobile handset Xiaomi Redmi Note 3 was purchased by Sh. Gopal Krishan on 11 May 2016. Payment was made online and the handset was found defective. In said case, it was observed that it was the duty of the facilitator to ensure that goods sold through any individual are manufactured as per the quality standard. If the goods purchased online are found not up to the mark, online portal through which goods were purchased cannot escape its liability. It was held that,

“8……. An agent, who sells a product, is duty bound to ensure its quality, and if the product is found defective, agent shall be vicariously liable for the loss caused to the purchaser, alongwith the manufacturer of the product.”

Implication of the Rules for the online retailers:

From the above-mentioned judgments, it is amply clear that the Courts in India have always prioritized the welfare of the consumer, irrespective of the nature of the service provided. Thus, the judicial trend or outlook appears to be in alignment with the rationale behind the fall-back liability clause.

In essence, the fall-back liability clause puts a burden and accountability on the operator of the platform, who is merely acting as a technology platform for facilitating and fulfilling the orders of the customers. While the E-Commerce Rules have been drafted with consumer interests as their prime focus, this regulatory requirement expects an e-commerce entity to keep its house in order. Excessive monitoring and compliances would also end up increasing the costs for such entities, which would affect relatively small players. Additionally, this would cause entities and brand owners to actively monitor the market to identify and procure products only from legitimate sources to avoid any liability at a later stage, thus filtering out the small vendors from getting their goods listed. This is likely to aggravate the existing market disparity.

Even though the E-Commerce Rules have been appreciated by many, there also exist the likes of NASSCOM (National Association of Software and Service Companies) and FHRAI (Federation of Hotel & Restaurant Associations of India), which opine that there needs to be some leniency for the online retailers in the interest of promoting trade in the country. It cannot be completely justified to pressure online retailers with excessively stringent regulations.

In such a scenario a ‘fall-back liability’ clause is likely to cause more harm than good, by placing e-retailers on an unfavourable footing. At this instant, the clause requires more clarity, guidelines and carve-outs within the same clause, where if the e-retailer can prove that they had exercised enough diligence and precautions, and a fall-out was due to the negligence of the seller, no liability be imposed on the marketplace. While a practical alternative could have been to include a provision to guarantee timely refunds to the aggrieved customer, the fall-back liability clause may encourage unnecessary litigation.

[The author is a Senior Associate in the Corporate and M&A advisory practice in Lakshmikumaran & Sridharan Attorneys, Gurugram]