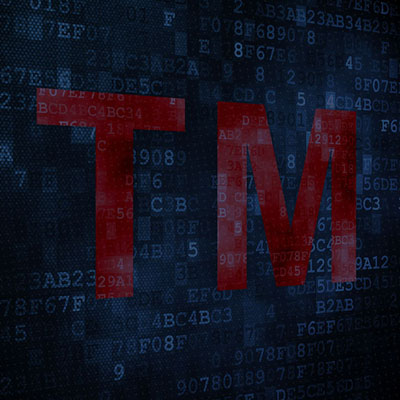 In the recent case of Snapdeal Pvt. Ltd. v. Godaddy. Com LLC and Ors[1] a Single Judge of the Delhi High Court by an Order dated 18 April 2022, while deciding the interim application, explored different provisions of the Trademarks Act, 1999 (‘TM Act’) and the Information Technology Act, 2000 (‘IT Act’) in order to determine whether Domain Name Registrars (‘DNRs’, ‘Defendants’) can be categorised as alleged infringers, by virtue of them offering, for registration, domain names that were similar to the Snapdeal’s (‘Plaintiff’) registered trademarks.

The Plaintiff had filed a suit along with an interim application, seeking a quia timet injunction and temporary injunction against the DNRs, to restrain them from registering domain names that are deceptively similar to that of the Plaintiff’s. The Plaintiff argued that due to the fast-paced and dynamic nature of the internet, suing every individual infringer who registers an infringing domain name was highly impractical. Therefore, a futuristic blanket order was essential to safeguard the exclusive rights of the Plaintiff. The Defendants, on the other hand, objected to such categorisation. It was argued that under the IT Act, the Defendants are mere intermediaries that provide a platform for registration. They are, therefore, protected by the safe harbour provided under Section 79 of the IT Act. The real infringers, as per the Defendants, are the registrants who sought registration of a domain name that is deceptively similar to that of the Plaintiff’s.

The Court dealt with the matter in-depth and analysed the TM Act and the IT Act to ascertain whether Defendants could be categorised as ‘intermediaries’ under the law, and if so, whether they could claim the protection provided under Section 79 of the IT Act.

Summary of the case

The Plaintiff was the registered proprietor of the SNAPDEAL marks and had been using the same since 2010. The prolonged use of the said trademark enabled the Plaintiff to establish goodwill and reputation in the said marks.

Subsequently, several third parties were seen registering deceptively similar domain names which included the thread/word ‘SNAPDEAL’, with the alleged ulterior motive of riding on the goodwill and well-established reputation of the Plaintiff. The Plaintiff claimed that the Defendants were enabling such registrations and therefore facilitating the infringement of its trademarks. This enablement thus rendered the Defendants as infringers under Sections 28 and 29 of the TM Act.

The Defendants opposed the allegations of being involved in any type of trademark infringement, as Defendants were mere intermediaries that provided a platform for registering domain names and thus protected under Section 79 of the IT Act.

The Court in this detailed order refused to grant the prayer of the Plaintiff seeking issuance of an omnibus order restraining the Defendants from offering domain names containing the word ‘SNAPDEAL’. Yet, the Court held that the Defendants will not be granted the ‘safe harbour’ protection under Section 79 of the IT Act if they continue to provide alternate domain names, for commercial profits, which infringe the registered trademarks.

Detailed observation of the Court on the issues identified:

i) on whether the Defendants are ‘intermediaries’

ii) on providing brokerage services by the Defendants

The Court agreed with the Defendants that there was no statutory proscription against providing brokerage services by the Defendants. However, the benefit of ‘safe harbour’ under Section 79 of the IT Act will not extend to such services.

The Court noted that the Defendants act commercially for profit when they provide alternative domain names for a price. Thus, by providing domain names and by offering registration of the SNAPDEAL thread at a higher price, the Defendants were enabling infringement and causing a violation of the Plaintiff’s rights under Sections 28 and 29 of the TM Act.

iv) on ‘safe harbour’ under Section 79 of the IT Act

The Court observed that if the services provided by the intermediary are in excess of those which are offered in the natural course, like offering alternative options in the present case, they cannot be entitled to the benefit of ‘safe harbour’ Section 79(1) of the IT Act.

vi) on restraining DNRs from providing, in future, to any aspiring registrant, any domain name containing ‘SNAPDEAL’ as a quia timet

The Court was of the view that it was against the principle of justice to hold that every alternative domain name containing the word ‘SNAPDEAL’ was infringing in nature and therefore was impermissible. However, such an order can only be considered as a remedy when the Plaintiff is aware that the an individual/entity is likely to launch an infringing product.

The Plaintiff in the present case argued in favour of a blanket order to stop the never-ending struggle of trademarks owners vis-à-vis individuals infringing their marks by using similar marks to fraudulently ride the goodwill associated with such marks. The proposed solution by the Plaintiff was to get a preventative temporary injunction against the fraudulent registration of any domain names by any individual/entity which incorporated its registered trademarks.

One of the reasons behind the Plaintiff’s prayer for an omnibus order could be the very availability of domain name suggestions similar/identical to registered trademarks which in turn tempts registrants to buy the same in order to, directly or indirectly, increase the visibility of their business in the global space and capture a wider audience. Further, due to the vast and fluid nature of the internet, it is difficult to keep an eye on the hundreds and thousands of websites that come up every day. As a result, protection of one’s intellectual property can become difficult.

However, the Court rejected the Plaintiff’s prayer for a preventative temporary injunction. The Court’s decision regarding the Plaintiff’s said rejected prayer stems from the logic that when it comes to trademark infringement, every case needs to be analysed separately. Therefore, a blanket order against any future registrations containing the SNAPDEAL thread/mark did not seem justified in the interests of justice.

Further, the Court while declaring Defendants to be intermediaries, also pointed out that in case the algorithm devised by the Defendants suggest alternate domain names which infringe registered trademarks, the Defendants will not be able to take the defence of safe harbour. However, no staunch technique or system was provided by the Court as to how to provide the alternate domain names which will not infringe any registered trademark since there would be countless such hits generated by the algorithm.

Due to the outcome of this case, the debate in the contemporary legal world regarding the tussle between punitive and preventive law concerning Defendants remains unresolved. The Order of the Court leaves a huge gap between its direction and the possible execution of said direction. In such a situation, the legislation imposing a statutory duty on the Defendants to make such modulations can be a viable path. Further, the Defendants in the process to keep themselves away from the radar of the legislation can also be directed to self-regulate themselves and make such modulations or create a profile for an ombudsman to resolve such issues.