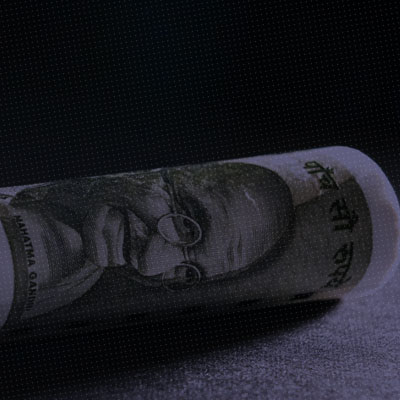 Dividend payments to non-residents – DTAA relief on the horizon?

A major relief has been provided by the Tax Tribunal in its recent ruling in Giesecke & Devrient[1] on the rate of tax applicable on dividends paid by an Indian company to its overseas parent.

The main issues before the Tribunal in this case was related to transfer pricing adjustments and disallowance of certain expenditure. The taxpayer, an Indian company, raised additional ground before the Tribunal on the applicability of Indo-Germany tax treaty (‘DTAA’) on dividends paid by the taxpayer to its German parent company. As per the taxpayer, the Revenue was wrong in not extending the benefit of the lower rates of tax provided under the DTAA in respect of dividends and subjecting the payment of dividend to the rate of 15% provided in Section 115-O of the Income-tax Act, 1961 (‘Act’).

While examining if Dividend Distribution Tax (‘DDT’) was a tax on the company distributing the dividend or on its shareholders, the Tribunal referred to the decision of High Court in Godrej and Boyce Manufacturing[2]. The Tribunal concluded that the High Court had held that DDT is a tax ‘on the company’ and not ‘on the shareholder’. However, Tribunal was of the view that while the liability to pay the DDT is on the payer company, the additional income-tax under Section 115-O is a levy on ‘income’, the definition of which includes ‘dividend’.

The Tribunal analysed the legislative history of Section 115-O of the Act and the Memorandum explaining the Finance Bill, 1997 and Finance Bill, 2003. As per the Tribunal, the said documents clearly established that the levy of DDT on the payer company was ‘driven by administrative considerations rather than legal necessity and further emphasis on the fact that levy is for all intents and purposes, a charge on dividends’. It was also noted by the Tribunal that the ultimate burden of the DDT fell on the shareholders and not the payer company.

The Tribunal also analysed the Memorandum explaining the Finance Bill, 2020, wherein the change in dividend taxation regime scheme was explained. The Memorandum stated that currently the incidence of tax is on the payer company and not on the recipient of the dividend as it normally should be; since dividend is income in the hands of the shareholders, the incidence of tax should also be on them. The Memorandum further states that the DDT regime is ‘iniquitous and regressive’ since it levies a flat rate of tax on distributed profits across the board regardless of the rate at which the recipient of dividend is otherwise taxed.

Godrej and Boyce Manufacturing: A spanner in the works?

Although the Tribunal examined the judgment of High Court in Godrej and Boyce Manufacturing, the Tribunal did not consider the impact of the subsequent judgment of Supreme Court[3] in the said matter. Therefore, it is only apposite to analyze the findings of the Tribunal in the light of the Supreme Court judgment. The main question before the Apex Court in that case was whether Section 14A of the Act was applicable to dividend income on which tax is payable under Section 115-O. There, the taxpayer had argued that Section 14A of the Act would not apply to the dividend income that has suffered tax in the hands of the distributing company because it cannot be strictly construed as exempt income.

The Apex Court rejected the arguments of the taxpayer. The Court held that a literal reading of Section 14A clearly showed that it would apply where the income is not includible in the total income of the taxpayer-shareholder. The Court also held that even if it were to be assumed that the additional income tax levied under Section 115-O of the Act is applicable on the dividend and not on the distributed profits of the paying company, Section 14A would still be applicable. This is because sub-sections (4) and (5) of Section 115-O clearly lay down that further benefit of the payment of DDT cannot be claimed either by the paying company or the recipient shareholder.

From the above, it can be inferred that the Apex Court agreed with the arguments of the Department that DDT is an additional income-tax on the distributed profits of the dividend distributing-company (and not a tax on dividends earned by the shareholder per se). However, the judgment of the Apex Court had not made a categoric finding in this regard.

Dividend to non-residents: The way forward

Following the decision of the ITAT in Giesecke & Devrient [India] Pvt Ltd., the arguments which could be taken by assessees to avail the beneficial rates provided of DTAAs over the rate provided under Section 115-O of the Act stand bolstered.

Moreover, considering that the said issue was brought before the ITAT by way of additional grounds, taxpayers can explore claiming any excess tax paid on dividends in the past as refund wherever such possibilities exist. Taxpayers should also reevaluate their decision to settle any pending appeals under the Vivad Se Vishwas Act, 2020 in the light of this possibility.

However, the specter of the Supreme Court’s observations in Godrej and Boyce Manufacturing Company Limited on whether the DDT is a tax on the company distributing the dividend or on the shareholders still looms large over the arguments advanced by the taxpayer.

While there appears to be a beacon for taxpayers sailing in the choppy seas of the erstwhile DDT regime, they may still have to negotiate some turbulence before getting to the dry lands of DTAAs.