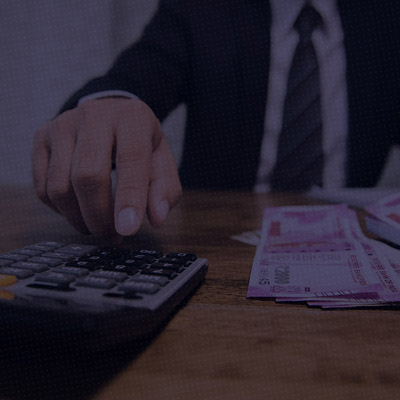 News has reached that the implementation of the four labour codes that have subsumed 29 central labour legislations are not going to be implemented from 1 April 2021, due to non-framing of corresponding Rules by the State Governments. It is likely that this will happen once State elections are completed, mostly at the end of the first quarter or beginning of the second quarter.

There were solid reasons for introduction of the labour codes. One of the reasons was to universalize the definition of ‘wage’. Prior to the Codes, the ‘wage’ had been defined in different ways and at times by using different terms. For instance, the Employees Provident Fund & Miscellaneous Provisions Act, 1952 defines the term ‘basic wages’, whereas the Equal Remuneration Act, 1976 uses the term ‘remuneration’, while the rest of the legislations mostly use the term ‘wages’. There are different inclusions and exclusions while computing the wages and the corresponding contributions and benefits thereon.

The National Commission on Labour (‘NLC’), in its vast Report submitted in the year 2002, acknowledged the need to have separate definitions of the two terms ‘wages’ and ‘remuneration’, to avoid endless litigation. It proposed to include only basic wages and dearness allowance under ‘wages’, and all other payments including other allowances as well as overtime payment together with wages under ‘remuneration’[1].

Later on, the Report of the Working Group on ‘Labour Laws & Other Regulations’, as formulated by the Planning Commission for the Twelfth Five Year Plan (2012-17), recommended the consolidation of four legislations dealing with wages/ components of wages[2]. This Report also recommended having common definitions, it being a pre-requisite for codification/ consolidation of labour laws. Interestingly, the definition of ‘wages’, as defined under the Payment of Wages Act, 1936, was recommended to be adopted in all labour laws.

With a view to implement the above recommendations, the Code on Wages Bill, 2017[3] (‘Bill’) was introduced in the Parliament. The definition of the term ‘wages’, as given under the Bill, has different components – firstly, it has a ‘means’ clause defining what a ‘wage’ is, in broad terms; secondly it has an ‘includes’ clause, detailing components that are to be included; thirdly, an ‘exclusion’ clause excluding certain components; thereafter, a set of rules as to how the bonus is to be calculated which again has a ‘means’, ‘inclusion’ and an ‘exclusion’ clause along with a proviso; and lastly, an ‘explanation’.

Using the suggestions by the Committee as a base, a new definition was finally codified in the Wage Code, 2019[6] (‘Wage Code’), streamlining the abovementioned shortcomings in the Bill, and attempting to further simplify the calculation. It may be appropriate to look at the said definition here:

(y) ‘wages’ means all remuneration whether by way of salaries, allowances or otherwise, expressed in terms of money or capable of being so expressed which would, if the terms of employment, express or implied, were fulfilled, be payable to a person employed in respect of his employment or of work done in such employment, and includes,—

(iii) retaining allowance, if any,

but does not include––

(a) any bonus payable under any law for the time being in force, which does not form part of the remuneration payable under the terms of employment;

(b) the value of any house-accommodation, or of the supply of light, water, medical attendance or other amenity or of any service excluded from the computation of wages by a general or special order of the appropriate Government;

(c) any contribution paid by the employer to any pension or provident fund, and the interest which may have accrued thereon;

(d) any conveyance allowance or the value of any travelling concession;

(e) any sum paid to the employed person to defray special expenses entailed on him by the nature of his employment;

(g) remuneration payable under any award or settlement between the parties or order of a court or Tribunal;

(i) any commission payable to the employee;

(j) any gratuity payable on the termination of employment;

(k) any retrenchment compensation or other retirement benefit payable to the employee or any ex gratia payment made to him on the termination of employment:

So, the above definition has already metamorphosed twice, before coming to the present version i.e., initially when it was introduced through the Bill, and second when the Committee suggested a new definition.

However, there are still certain interpretational issues that may come in the way of calculating ‘wages’, some of which have been discussed below:

‘Wages’ has been defined to mean all remuneration, whether expressed in terms of money or capable of being so expressed. However, the term ‘remuneration’ is not defined in the Wage Code. Due to the usage of the terms, it is not clear whether ‘wages’ is genus and ‘remuneration’ is its species. In actuality, it is the other way as suggested by the NLC in its 2002 Report.

There are 11 components of exclusions, which do not form part of ‘wages’. Out of these, two components are payable at the time of termination/ retrenchment, and the balance nine components have to be within the limit of 50% of all remuneration. There are varied classes of exclusion categories: (i) components like house rent allowance, conveyance allowance are payable on a monthly basis; (ii) components like bonus are payable on an yearly basis; (iii) some of the components are given in the form of kind like value of any house accommodation, supply of light, etc.; (iv) while contribution of the employer to the pension or provident fund are payable to a specified fund and not to the employee directly; (v) interest on pension and provident fund is not paid by employer but by the fund.

By virtue of the definition, remuneration can be expressed in terms of money or it can be capable of being so expressed. As explained above, the ‘exclusion’ category also includes value of house accommodation, supply of power, amenities provided, etc. The Explanation stresses that ‘remuneration in kind’, not exceeding 15% of the total wages, shall be deemed to form part of the wages. It is not clear whether the said remuneration in kind, up to 15%, is to be added back after ensuring 50% of remuneration (thereby bringing the wages up to 65%), or since it is already inclusive of the remuneration (by virtue of the ‘means’ clause of the definition), the Explanation merely clarifies that the ‘remuneration in kind’ cannot go beyond 15%, even before calculating the exclusions.

In India, the labour statutes have been by and large interpreted by the Courts to benefit the employees and workmen. If we were to adopt the same principle for the interpretation of the definition of ‘wages’, then it may result in much hardship to the employers/ industry. Thankfully, since the new labour Codes have not yet been implemented, it would be appropriate for the Government to give suitable clarifications (either by way of FAQs or otherwise) or bringing amendments, if found necessary, to iron out all the issues and enable smoother transitioning and implementation of the Codes.

[The author is a Partner in the Corporate and M&A practice at Lakshmikumaran & Sridharan Attorneys, Hyderabad]