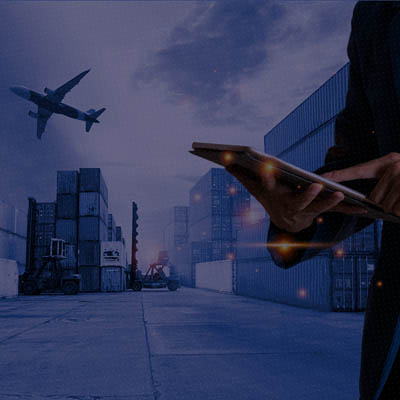 CGST Rule 96(10) and its inadvertent consequences

There is no doubt that the GST regime has not seen a rule so debated as Rule 96(10) of the Central Goods and Services Tax Rules, 2017 (‘CGST Rules, 2017’). This provision has seen conflicting interpretations, several retrospective amendments and multiple challenges before the High Courts. One may think that after so much brouhaha, the final amended rule will be free from controversy. Unfortunately, the rule still has a long way to go. Some shortcomings which still persist are discussed in the succeeding paragraphs.

To begin with, the rule creates a restriction on refund of IGST paid on exports when ‘a person’ or his supplier has availed specified benefits. The term ‘a person’ brings with it a set of problems in cases where the exporter himself avails benefit such as Advance Authorisation (‘AA’) scheme and Export Oriented Unit (‘EOU’) scheme. The term ‘person’ is defined under the Central Goods and Services Tax Act, 2017 (‘CGST Act’) to include a company, firm, etc. or in another words, refer to the entity itself. On the other hand, the benefit of AA/ EOU scheme could be availed by units of one registration of a company and not others. Does this drafting error lead to the conclusion that the other registrations of such company are ineligible to claim refund of IGST paid on exports?

Besides, this interpretation does not in any manner militate against the ethos of the restriction. The restriction is in response to the possibility that if inputs are procured without tax, other credits will be used to pay IGST on exports of the finished goods which results in such credits being converted into cash by way of refund. In case of multiple registrations, only that registration which has availed import benefits can use the refund of IGST paid option in this manner. Even if an assessee diverts IGST-free imported goods to other registrations, there would be a deemed supply on which full tax is payable, whereby the inward benefit would get nullified.

For instance, one registration of Company X has two units in Haryana, one of which is an EOU unit, wherein both units undertake exports. By operation of Rule 96(10) of the CGST Rules, the restriction on refund of IGST paid on exports will apply not only on exports made by the EOU but also to exports by the other unit in the Domestic Tariff Area (‘DTA’). Thus, even if the DTA unit never availed any benefits on the inputs, it will still be covered under the restriction.

Applying the provision at unit-level may not be possible as the GST regime does not make any distinction between transactions at a unit level when the units belong to the same registration. While the Foreign Trade Policy and the customs regime have created checks and balances in both the AA scheme and the EOU scheme to ensure that inputs imported without payment of IGST are not diverted by the eligible unit to other units; there is still a requirement for a mechanism under the GST regime for segregation of unit-level transactions to limit the restriction under Rule 96(10) to any particular unit. Thus, the application of the restriction on exports by the DTA unit in the above example is an inadvertent but unavoidable consequence of how the provision stands today.

One possible solution to this problem could be to have a system of making one-to-one correlation between inputs on which benefits have been availed and the exports made of the finished goods made therefrom. However, this would entail a major compliance burden on both the assessee and the tax authorities, which makes this a Catch-22 situation.

With the proposed amendment to Section 16 of the IGST Act by the Finance Bill, 2021, the option of payment of IGST on exports will soon be limited to certain notified supplies and the significance of these shortcomings will be substantially reduced. However, due to such shortcomings of the option of paying IGST on exports and, even before the amendment, the option to export under LUT/ bond and claiming refund of unutilized credit is a more popular option amongst the export community.

[The author is a Principal Associate in GST Advisory practice at Lakshmikumaran & Sridharan Attorneys, New Delhi]