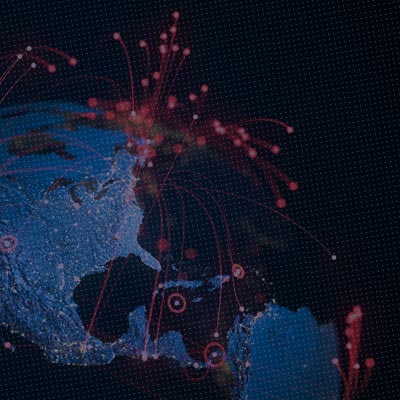 The Indian Telecom sector (‘Sector’) is the world’s second largest telecommunications market, both in terms of subscriber base (1.16 billion) and in terms of total internet users (743.19 million). Recently, on 22 January 2021, the Competition Commission of India (‘CCI’) released its key findings and observations from a study exploring the evolution of the sector and the present regulatory challenges relating to the sector. Through the study, the CCI assessed the market dynamics within the sector and highlighted developments in the sector which could lead to competition concerns in the present and foreseeable future. Further, the report assessed the shift in competition strategies by market participants, including the trend of cooperation between telecom services and related industries such as over-the-top (‘OTT’) services, network tower companies and infrastructure providers. It is interesting to note that the report does not present any definitive views of the CCI in relation to the competition issues highlighted in the Sector. The report largely summarises views presented by other experts while giving little indication of the CCI’s position on the issues.

The study highlighted that the sector witnessed a paradigm shift in 2016 as:

With respect to the recent trends and practices within the market, CCI observed that the prevailing market structure validates the rule of three, which predicts that mature markets normally support three main competitors. As on 22 January 2021, CCI observed that Jio, Airtel, and VIL control almost 88.4% of the market and all other players are limited to the fringes.

The report discusses a shift to non-price based competition from price based competition in the Sector. While consumers remain price sensitive, factors such as quality of service, data speed and bundled service majorly govern consumer choice. This involved a change in the attitude of operators viz Over-the-Top (‘OTT’) services. Initially, OTT services had created revenue pressure upon operators by substituting traditional SMS and voice services. However, CCI noted that in order to increase their value to consumers, operators have started bundling in OTT services to push for increased data usage by consumers. This marks a shift in the focus of operators from providing voice and SMS services to providing data services. This model also stands to benefit OTT services which are able to access a large user base.

In its key findings, CCI categorised the sector as a two-sided market that provides a platform for content providers and subscribers to connect. In recent cases pertaining to the digital markets, CCI has noted that two-sided markets pose a challenge for competition regulators as they do not fit within the existing understanding of what a traditional market should be.

Further, CCI noted that the relationship between operators and OTT services could pose competition risks such as:

The report notes that the sector as it exists today is operating under some distress as high costs of spectrum acquisition and cheap mobile internet data plans (which are purportedly the cheapest in the world) have increased the industry’s debt burden even as the average revenue of the industry has decreased from 5.49% in 2012-2013 to 2.51% in 2015-2016 which further declined to -2.82% in 2018-2019. In its findings, CCI also offered solutions for the problems that the sector faces, such as:

As things stand, specially in the post Covid-19 era, the dependency on this sector for businesses, personal connectivity, education, and entertainment has increased. As such, while CCI has highlighted certain competition risks pertaining to the new trends that have emerged within the Sector, it is imperative that it proceeds with restraint to avoid over-regulating a sector which relies so heavily on innovation to maintain strong competition between its three major operators. Recent investments in Jio and the rights issued by Airtel and VIL, reflect long-term intent, which is a positive signal for the sector which is already gearing up for the next chapter with the launch of 5G technology in the near future.