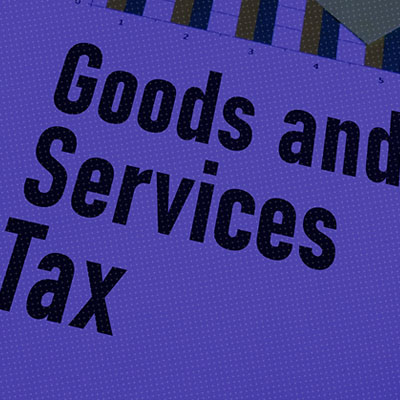 The parties to any contract enter into Arbitral proceedings for various reasons like non-performance of the contract, release of the withheld money by either of the parties, for the release of security deposit, compensation for the damages incurred due to the non-performance of the contract and others. However, the tax implications on compensations given under such arbitral proceedings are analyzed based on reason for granting award i.e., whether such award is given for the breach of contract, or any activity performed beyond the scope of the contract or for delayed payment of the consideration, or for the work already performed as per the contract entered between the parties.

In order to know the GST implications on such award, it is pertinent to understand the nature and purpose of such award. The arbitral award may provide compensation to the parties, in the form of damages. For a better understanding, we shall analyse the definition of damages under Section 73 and 74 of the Indian Contract Act, 1872 (“ICA, 1872”) which are the specific provisions relating to compensation and liquidated damages. These Sections provide that when a sum is stated in the contract as the amount payable in case of breach of contract, or the contract contains any other stipulation by way of penalty, such sums constitute damages.

Further we may look at Section 2(31) of the CGST Act which defines the term ‘consideration’ in an inclusive manner to include any payment (in money or otherwise) or monetary value of any act or forbearance made in respect of, in response to or for the inducement of supply. Therefore, it can be said that agreeing to the obligation to tolerate an act or situation for a consideration is a supply of service which is leviable to GST in terms of Section 7 read with Schedule II of the CGST Act.

Further, we may also have a look at the development in this regard in the GST regime. For this we may refer to FAQ No. 15 of the FAQ’s released by CBIC in relation to Mining Industry which deals with levy of GST on liquidated damages/penalty recovered from the contractor for non-lifting of coal up to minimum targeted annual quantity. It was clarified that such liquidated damages/ penalty would be a consideration for the supply of service of “tolerating an act” mentioned under Sl. No. 5(e) of Schedule II and would be leviable to GST. Though the FAQ is not binding, it reflects the understanding/interpretation of the Department to tax such damages/compensation.

Further, it is important to note the recent circular passed by CBIC Circular No. 178/10/2022-GST dated 3.8.2022 which clarifies  that where the damages are paid as an amount which is to compensate for injury, loss or damage suffered by one of the parties due to breach of contract by the other party and where there is no express or implied agreement to refrain from or tolerate an act or do anything for the party paying such Liquidated damages, then such amount shall not qualify as consideration towards supply of any goods or services.

Thus, to understand whether the amount received under breach of contract would qualify as damage or consideration, it is pertinent to see, whether it forms part of the contract price or not. The relevant terms and conditions of the contract entered between the parties directly influence the nature of the amount received under any proceedings. If it is established that, such award which is received, is towards the execution of the contract and not towards damages, then such award amount may not qualify as compensation.

Thus, the nature of the amount has always been the most important factor to decide on the tax applicability on such amount.  The CBIC Circular No. 178/10/2022-GST dated 3.8.2022, has paved way in understanding the GST implications on the Arbitral Award. However, to determine the nature of the Arbitral award, requires analysis of facts surrounding each case and the terms and conditions of the contract entered between the parties. The Awarded amount may not necessarily be in the nature of a compensation.

For example, a contract between the parties is terminated and parties decide to go for arbitral proceedings. As part of the contract, one of the parties has withheld certain amount from the contract price, due to the failure of the other party to oblige by the contract. Once the Arbitral Tribunal decides that such withheld money shall be released by the party withholding it, then it would be important to understand, whether such amount released would be part of the contract price and be in the nature of consideration or whether it is released as compensation due to the termination of the contract by the party withholding it. In case where the withheld amount was for the work which was already executed before the termination of the contract, then such award may qualify as consideration.

Another example we may take of the case, where the parties enter into contract for the execution of certain works contract. However, the contract is illegally terminated by one of the parties to the contract, in such case the other party incurs certain loss due to the illegal termination of the contract. In circumstances like this, party terminating the contract may be directed by the Arbitral Tribunal to pay certain amount to the other party so affected. This amount is paid by one of the parties because of its failure to oblige by the terms of the contract and not for any supply of goods or services. Such amount is then said to be in the nature of compensation.

However, it is significant to understand that Arbitral proceedings is for various reasons. Whenever the contract is entered between the parties, various factors are taken into consideration, such as lock-in period for the workers, the expected investment for the period, the lease period for plants and machineries in case of works contract and other reason. The delay in execution of the contract, results in non-using of the labour force, machineries, lapse of time and others. The award given for any of these reasons leaves an uncertainty regarding the nature of the awarded amount. Whether such amount would be considered as part of contract price or whether it is for compensating the delay caused.

It is observed that, there is no direct mention or inference of the same in the Circular. Such ambiguity may lead to various taxation dispute. Therefore, the parties have to methodologically review each award amount and decide on the tax implications.

[The authors are Associate Partner and Consultant, respectively, in the Indirect Tax Advisory practice at Lakshmikumaran & Sridharan Attorneys, Hyderabad]