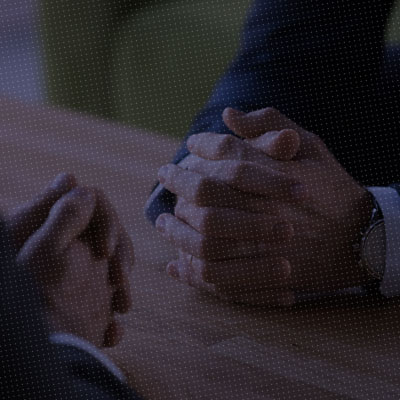 One of the common defenses taken by a party, facing a claim, in an arbitration is that the contract has already been discharged by performance. Sometimes, the party claiming discharge relies upon a document which may be in the form of a no due certificate, no claim certificate, final bill, full and final settlement etc. In insurance contracts, the insurer may rely upon a discharge voucher to contend that it has already discharged its obligations under the contract. On the other hand, it is not uncommon for the claimant to dispute the discharge voucher signed by it and claim that it was executed under fraud, coercion or undue influence. Based on the facts in some cases, it has been held that fraud, coercion or undue influence renders the discharge void at the instance of the party issuing the discharge voucher. When dealing with appointments of arbitrators, wherever such issues arise, the Court forms a prima facie view as to whether the dispute is bona fide and genuine before referring the same to arbitration. Hence, a bald plea of fraud, coercion or undue influence is not sufficient to seek reference of the dispute to arbitration. [See endnote [i]]

The question before the Supreme Court in the case of Oriental Insurance Co. Ltd. v. Dicitex Furnishing Ltd. [See endnote [ii]] was whether Dicitex had prima facie made out that they had executed the unconditional discharge voucher under coercion, duress or undue influence, thereby, making the dispute arbitrable.

Certain stock of goods of Dicitex had been insured by Oriental Insurance for Rs. 13 Cr. Due to a fire, the entire stock was destroyed. Dicitex claimed about Rs. 14.88 Cr. while the first surveyor appointed by the Insurer valued the claim at Rs. 12.93 Cr. Dicitex requested that its claim be settled on priority stating that it was under financial distress.

Being under financial distress, Dicitex accepted the discharge voucher, but, raised a dispute within 12 days. The Insurer denied any further claim as Dicitex had signed an unconditional discharge voucher and refused to appoint an arbitrator. Hence, Dicitex filed a petition under Section 11(6) before the Bombay High Court seeking the appointment of an arbitrator. The High Court allowed the petition and held that the dispute was arbitrable as prima facie Dicitex had signed the discharge voucher reluctantly due to financial distress. The Insurer challenged the decision of the High Court before the Supreme Court. After a detailed analysis, the Supreme Court upheld the order of the High Court.

While arriving at its decision, the Supreme Court analysed the judgment in Boghara Polyfab [See endnote [iii]] to examine whether a dispute is arbitrable or not in context of no objection certificates or unconditional discharge vouchers being executed and laid down the following illustrations:

The Court also quoted Master Construction [See endnote [iv]] and Genus Power [See endnote [v]] to state that only a prima facie case of coercion, undue influence or financial duress in the issuing of the discharge voucher had to be established to qualify as an arbitrable dispute.

On facts, the Court held that Dicitex was undergoing a financial crisis. The second surveyor estimated the claim at a much lesser valuation than the first surveyor. The reduced claim was paid 27 months after the fire. The Insurer had given a final “take it or leave it offer” for a much-reduced valuation. This case, therefore, fell directly within the fact scenario envisaged under illustrations (iii) and (iv).

Hence, the Court was prima facie convinced that the plea of coercion and economic duress was bona fide. Therefore, the Supreme Court upheld the decision of the High Court allowing the appointment of an arbitrator.

This case has re-emphasized the principles and provides some relief to a party that may be compelled to accept a “take it or leave it offer”, particularly, in the current economic situation. If the party is able to demonstrate a prima facie case that the discharge voucher was signed under economic and financial distress, the dispute becomes arbitrable and the party gets an opportunity to raise its claims before the arbitrator.