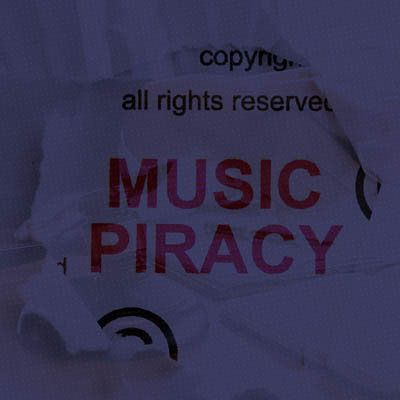 A legal tussle of music rights

The Indian Performing Right Society (‘IPRS’) and the Phonographic Performance Limited (‘PPL’) are Copyright societies established under Section 33 of the Copyright Act, 1957 (‘Act’). While IPRS is exclusively authorized to license the public performing rights with respect to literary and musical work created by its members, PPL charges and collects license fee from users on behalf of its members who hold rights to sound recordings which are played and performed in public. Thus, IPRS and PPL, though both registered as Copyright Societies, are registered for and in two different categories i.e. musical/literary works and sound recordings.

A Single Judge of the Delhi High Court vide Order dated 4 January 2021, decided two suits out of which the first was filed by IPRS against Entertainment Network (India) Ltd. (‘ENIL’), the owner of Radio Mirchi FM, and the second was filed by IPRS and PPL against CRI Events Private Limited & others (‘CRI & Ors’) for infringement of the underlying copyright subsisting in a sound recording. The Single Judge dismissed the first suit and disposed of the second suit by issuing a limited permanent injunction against CRI & Ors.

IPRS was established to monitor, protect and enforce the rights, interests and privileges of its members, comprising of authors, composers and publishers of literary and/or musical works, and is the sole representative body of composers, authors and publishers of literary and musical works in India. The members of IPRS have executed deeds of assignment, exclusively assigning their ‘public performing rights’ in respect of their literary and/or musical works in favour of IPRS. The primary task of IPRS is to collect royalties from users of music which communicate the literary/musical work to the public and thereafter disburse the same to its members.

ENIL is commonly known by its brand name ‘Radio Mirchi’. ENIL entered into agreements with IPRS in the year 2001 for broadcasting of music in seven Indian cities. Thereafter, ENIL commenced broadcasting said music in three new cities but did not obtain further license. Therefore, , IPRS filed a suit against ENIL claiming infringement of its public performance rights and sought a permanent injunction restraining ENIL from broadcasting the music to the public.

According to IPRS, exploitation of the sound recordings by broadcast also implies exploitation of literary and/or musical works forming part thereof. Therefore, a license fee for both these works i.e. musical/literary works and sound recordings, must be paid separately by the users thereof, to each of the societies. Further, entering into a license agreement with one society will not absolve the user from liability to take license from the other.

ENIL on the other hand claimed that the copyright with respect to literary and musical works gets incorporated or merged with the sound recording and the lyricists and composers are divested of rights and the entire bundle of rights in a song belongs to the music companies. This is consistent with the trend in the music/film industry where sound recordings are made essentially for films and composers/lyricists assign all their rights to the producers of music. Therefore, IPRS cannot compel ENIL to separately execute a license agreement, when the entire bundle of rights vests in the music companies and those rights are administered by PPL. ENIL further claimed that it was already paying PPL with respect to its repertoire of the works.

The second suit was filed by both PPL and IPRS against CRI Events Private Limited (CRI) and its official Rajesh Verma as well as against a banquet hall Nitish Kunj. CRI & Ors. are in the business of organising events at Nitish Kunj banquet hall where music is played during events, parties, etc. As per IPRS and PPL, the said music was played without obtaining license from PPL or IPRS and was therefore infringing the copyright.

According to IPRS and PPL, music is made by a team of persons having different talents and consequently, the copyright in the different components of the music may belong to a number of individuals. The exploitation of a sound recording implies therefore, the exploitation of the underlying literary and/or musical work. Accordingly, the license fee for these works, i.e. literary and musical works on the one hand and sound recordings on the other must be paid for separately by the users thereof to PPL and IPRS.

CRI & Ors., on the other hand, claimed that as event organisers were merely aggregators and it was the disc jockeys who play musical works in the events organised by CRI and would already have license from PPL and IPRS and similarly the banquet hall where such events were organised by CRI, would also have a license and therefore CRI was not required to obtain a license.

Observation of the Court

The suits were adjourned multiple times over the years while the interim reliefs were primarily in favour of the defendants. The Court took up the matter for final determination in view of various judgements pronounced in the interim stage, which went up to the Supreme Court on pure questions of law, majority of which were decided in favour of Defendants. The Court was concerned with some fundamental legal issues which, if decided finally in favour of the defendants, would leave nothing in the suits for trial.

The Court also noted that while the suits were pending, certain amendments affecting rights of composers/lyricists were made in 2012 to the Act and examined whether such amendments could be retrospective. The main amendment relevant for the case was in Section 19(10) which now provided that assignment of rights of lyricists/music composers to producers of sound recordings (not forming part of cinematograph films) would not disentitle the lyricist and music composers to claim equal royalties for exploitation of the underlying literal and musical work.

The main issue in both the suits was whether the communication of a sound recording to the public also amounts to communication of the literary and musical works embodied in the sound recording to the public. The second important issue that was agitated by the Plaintiffs was whether the aforesaid 2012 amendments were retrospective.

The Court further observed that neither the owner of the copyright in the literary work nor the owner of the copyright in the musical works has any claim or right in the sound recording which is a work of joint authorship within the meaning of Section 2(z) of the Act. It is a distinct work produced by the collaboration of two or more authors and in which the contribution of one author is not distinct from the contribution of the other author or authors. The law recognises an independent copyright in a ‘sound recording’. It is the owner of the sound recording who transforms the literary work which otherwise is a mere collection of words into a sound, capable of phonetic pleasure and who gives the composition of music a sound of various musical instruments.

Further, the Court observed that the above position in view of interpretation of the provisions would not change after the 2012 amendment. The new Section 19(10) is clarificatory in nature and there is no conflict between Section 19(10) and the above interpretation based on other provisions of the Act. This is because even the said provision is only saying that when the underlying works are assigned for sound recordings not forming part of a cinematograph films, the authors of such underlying works will still have rights to claim royalties for exploitation of such underlying work in any form. The Court said that the present matter concerns sound recordings which are part of cinematographs films. In India, most sound recordings are made for cinematograph films. The Act or the Court is not saying that the lyricists or composers will not have right to claim royalties for exploitation of their work other than ‘sound recordings forming part of cinematograph works’. Thus, the Court held that Section 19(10) is not retrospective in nature.

Decision of the Court

Based on the above observations, the Court dismissed the first suit which was filed by IPRS against ENIL because the exploitation by the Defendant was admittedly only of sound recordings forming part of cinematograph films through radio broadcast and no separate exploitation of lyrical/musical work took place. The Court also dismissed the similar claim of IPRS in the second suit. Court held that for playing sound recordings by CRI, license from PPL is essential. Court also held that since CRI’s event also involved live performances of musical/lyrical works through other artists, exploitation is not only of the sound recording but of the underlying works and license from IPRS for such live performances was necessary. In cases where CRI exploited works through sound recordings as well as live performances, license from PPL as well as IPRS was essential. It may be noted that an appeal has been filed against the said decision of the Single-Judge. The Division Bench of the Court has directed for listing the matter on 3 May 2021 while stating that till further orders the impugned judgment shall not be relied upon or used as a precedent in any proceedings.